The Dorset Marble Quarry—which holds the distinction of being the oldest marble quarry in America—was established in Vermont in 1785 to provide the burgeoning United States of America with stone for libraries, mansions, and other stately buildings. Marble from the quarry even found its way across the border to Montreal, Canada. The quarry thrived until the onset of World War I—when the demand for marble plummeted. In the early 1920s, the abandoned quarry began to fill with water from nearby springs and melted snow from the surrounding mountains. 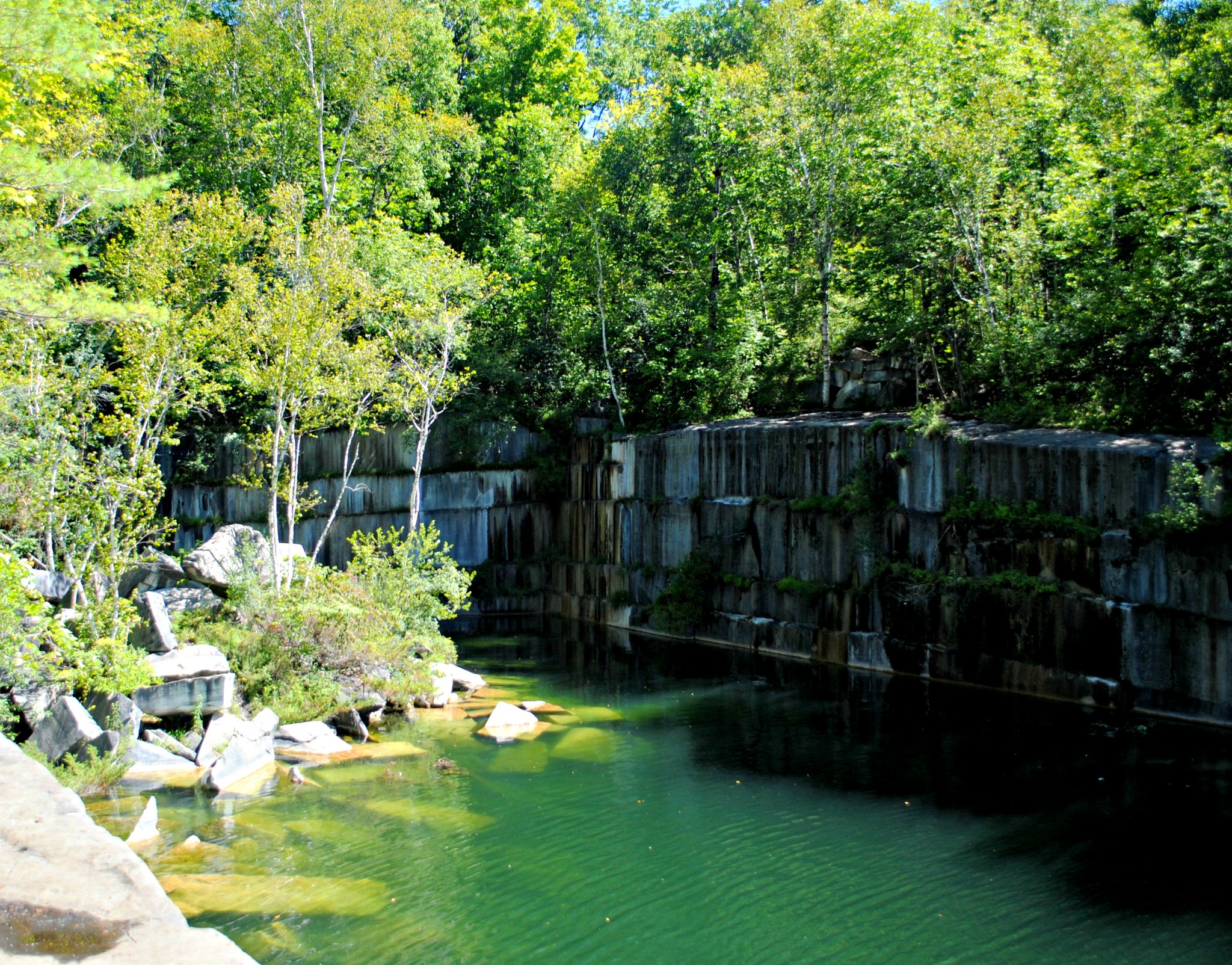 Over time, the Dorset Marble Quarry naturally filled with nearly 60 feet of chilly yet pristine water which appeared peridot green from a distance. Residents of Dorset, Vermont began to flock to the quarry to swim on sizzling hot days, The Dorset Marble Quarry steadily became one of Vermont’s most celebrated swimming holes—even if swimmers had to contend with overgrown vegetation, a total lack of amenities. and no lifeguards to assist in the event of an accident or injury. For many swimmers, the quarry’s rustic, relatively hidden location in rural Dorset was part of the appeal.

In 1997, Dick and Kristin McDonough decided to buy the Dorset Marble Quarry so that they could lovingly restore it and create a safe, joyful space where Vermont residents and others could swim and enjoy the treasured warmer months. The McDonough’s created a parking lot, planted some grass so that sunbathers could lounge next to the water, and cleared paths so that visitors could easily access the quarry.

Under the McDonough’s care, the Dorset Marble Quarry has become a wildly popular swimming hole. Visitors marvel at the quarry’s manicured stone blocks which serve as natural petrified diving boards. Slabs of marble which were slated to become tombstones, columns, or statues before the quarry was abandoned are stacked in piles like large decks of stone cards. There are even a few hidden inscriptions etched in several of the marble slabs. Eagle-eyed visitors delight in finding names and symbols carved into several blocks of marble that date back decades or longer. 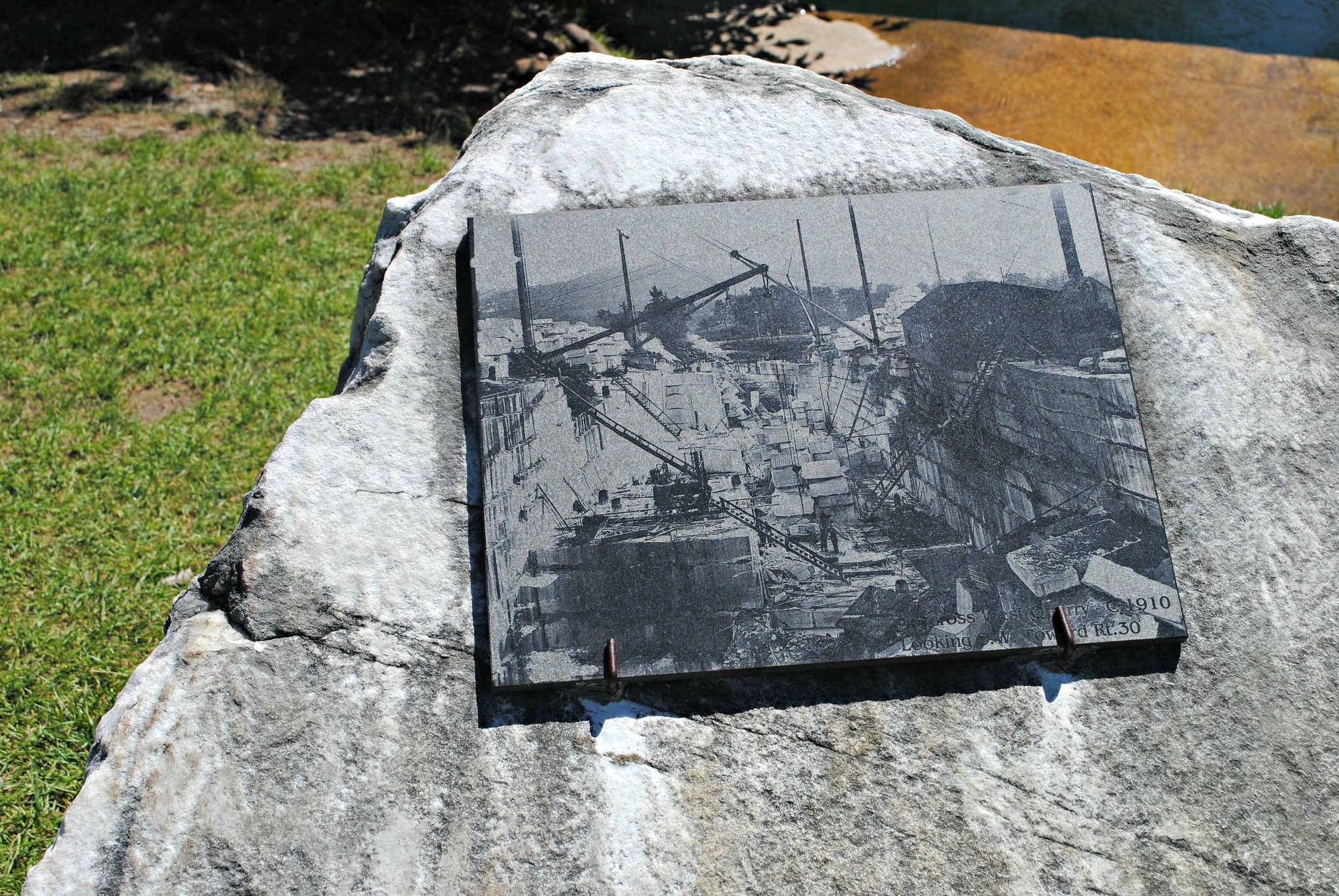 If you’re not a fan of crowds, the best time to visit the Dorset Marble Quarry is as soon as they open the gates—which is generally around 9 in the morning. A swim in 50 degree Fahrenheit water prior to noon might be a bit of a shock to your system, but having a verdant expanse of Vermont forest punctuated by towering cliffs of marble mostly to yourself is certainly worthwhile. If you are a fan of crowds, you will love the vivacious midday energy at the height of summer.

The Dorset Marble Quarry is generally open from Memorial Day until Columbus Day. If you find yourself overheating on a summer road trip, a dip in Vermont’s most beloved swimming hole is the perfect way to cool off. It’s not every day that you are able to take a swim in a natural marble swimming pool made out of the same marble that was used to construct the New York Public Library.