If you couldn’t get enough of the singing, dancing furry robots of Chuck E. Cheese when you were a kid—The Japanese district of Kabukicho has a grown-up Robot Restaurant that is sure to bring you endless delight. The Kabukicho Robot Restaurant—which is populated by artfully designed metal-and-wire ladies—features giant animatronic women with giant… well, you know. The towering pink haired android goddesses put on quite a show multiple times a day. Two oversized sultry Japanese robot women who appear as though they have time traveled from the future beckon visitors to step inside the Robot Restaurant’s doors so that they may enjoy the show. 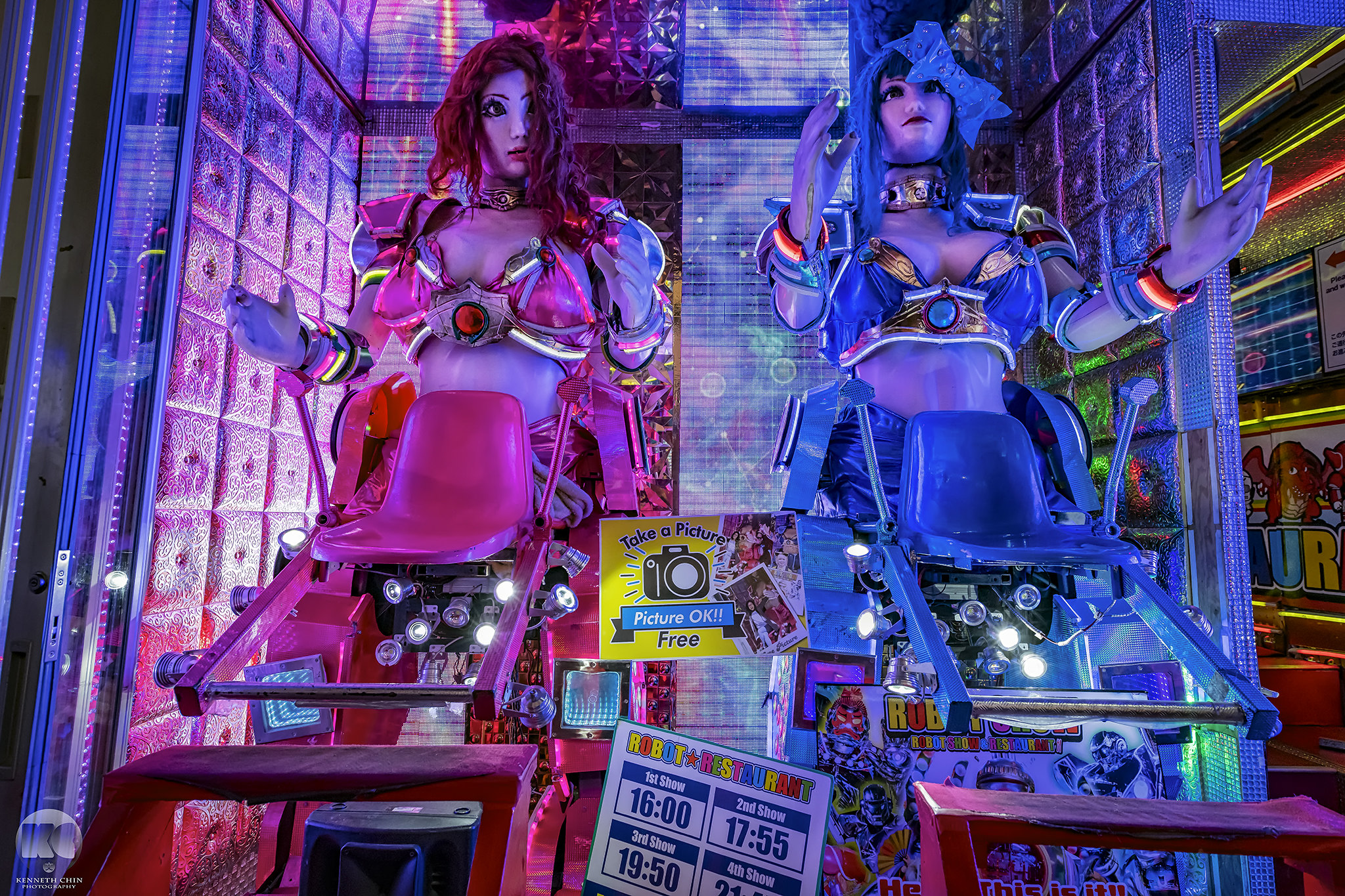 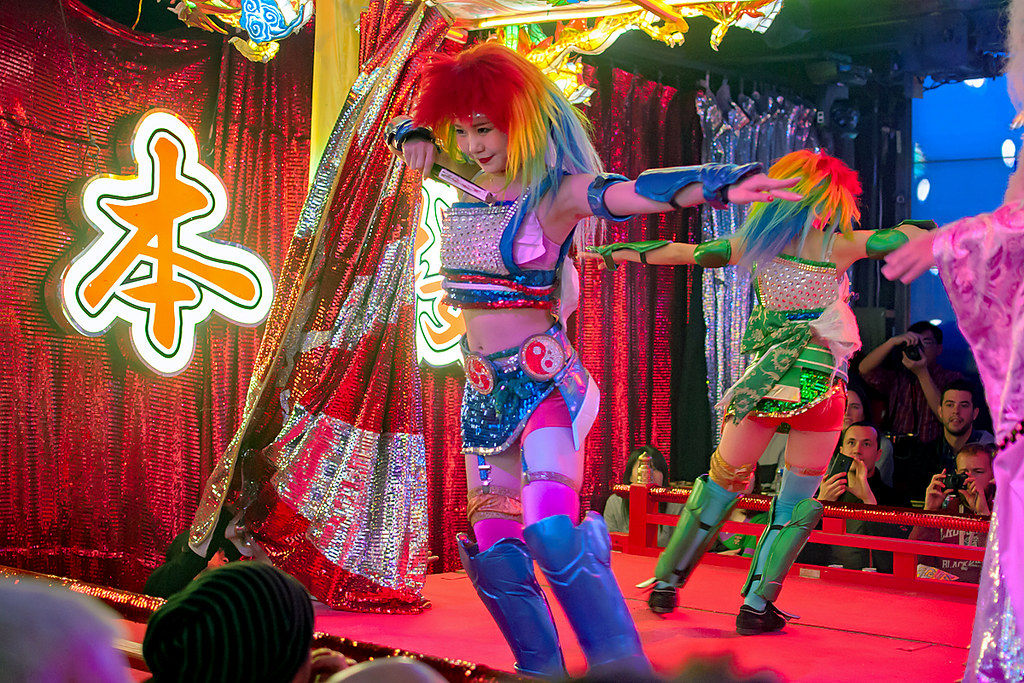 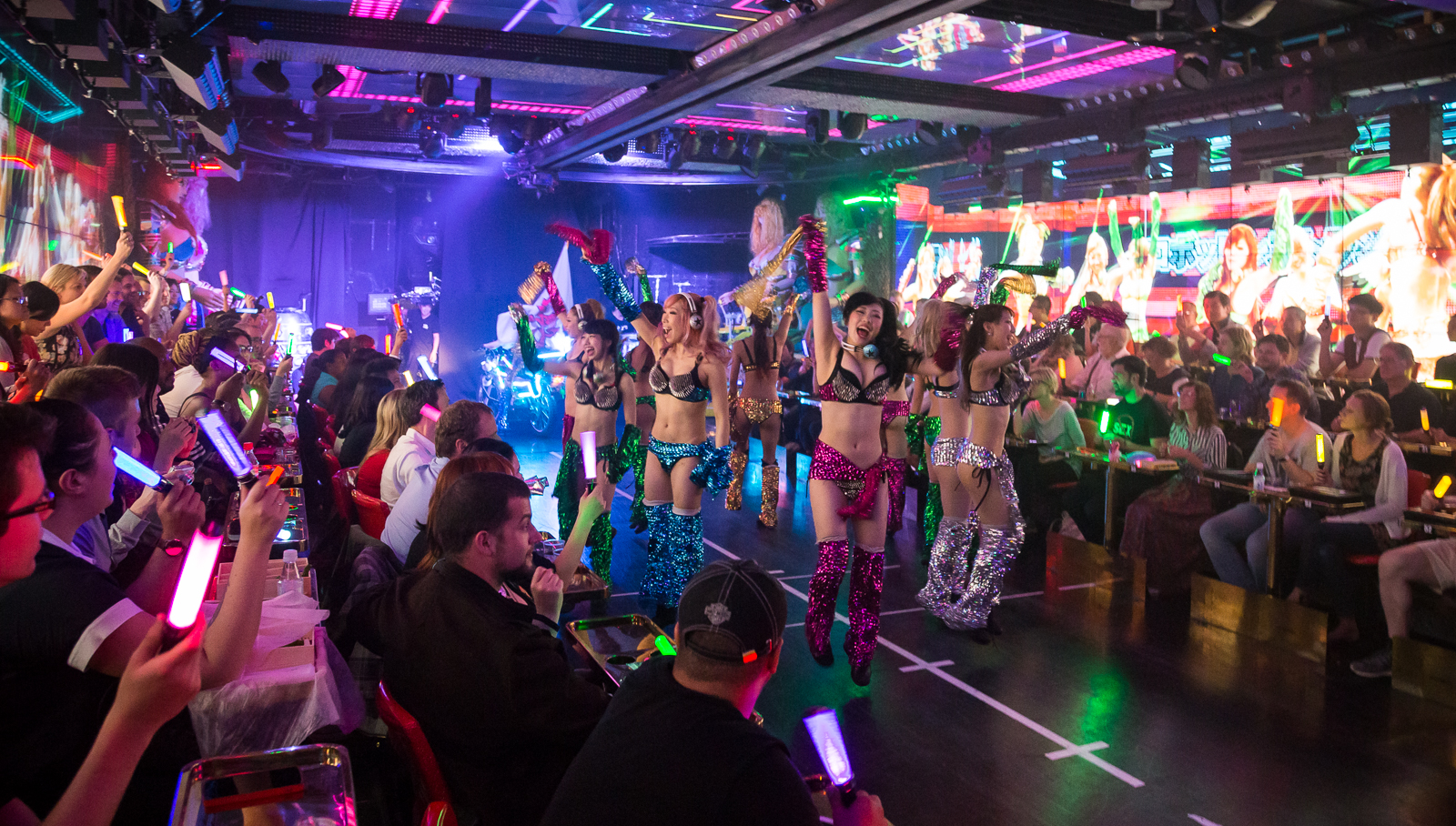 Don’t show up at the Robot Restaurant expecting a three-course meal. The Robot Restaurant serves light snacks such as popcorn, cold bento boxes, and adult beverages such as beer. The food isn’t dissimilar from what you might find at an amusement park. The interior of the Robot Restaurant looks like a brightly-colored futuristic Vegas Bordello on acid—with bright pink chairs, bright lights, and reflective surfaces galore. The Robot Restaurant features multiple live performances every day. The Robot Restaurant show features a highly skilled dance troupe who share the stage with numerous saucy robots—including a giant alligator with large jaws that move back and forth, The stage show is known for its oversized pirate ship, neon green lasers, and flesh-and-blood female dancers clad in sparkly costumes and oversized boots. If you set foot inside the Robot Restaurant, prepare to be greeted by a bombastic, psychedelic display of sound and visuals. 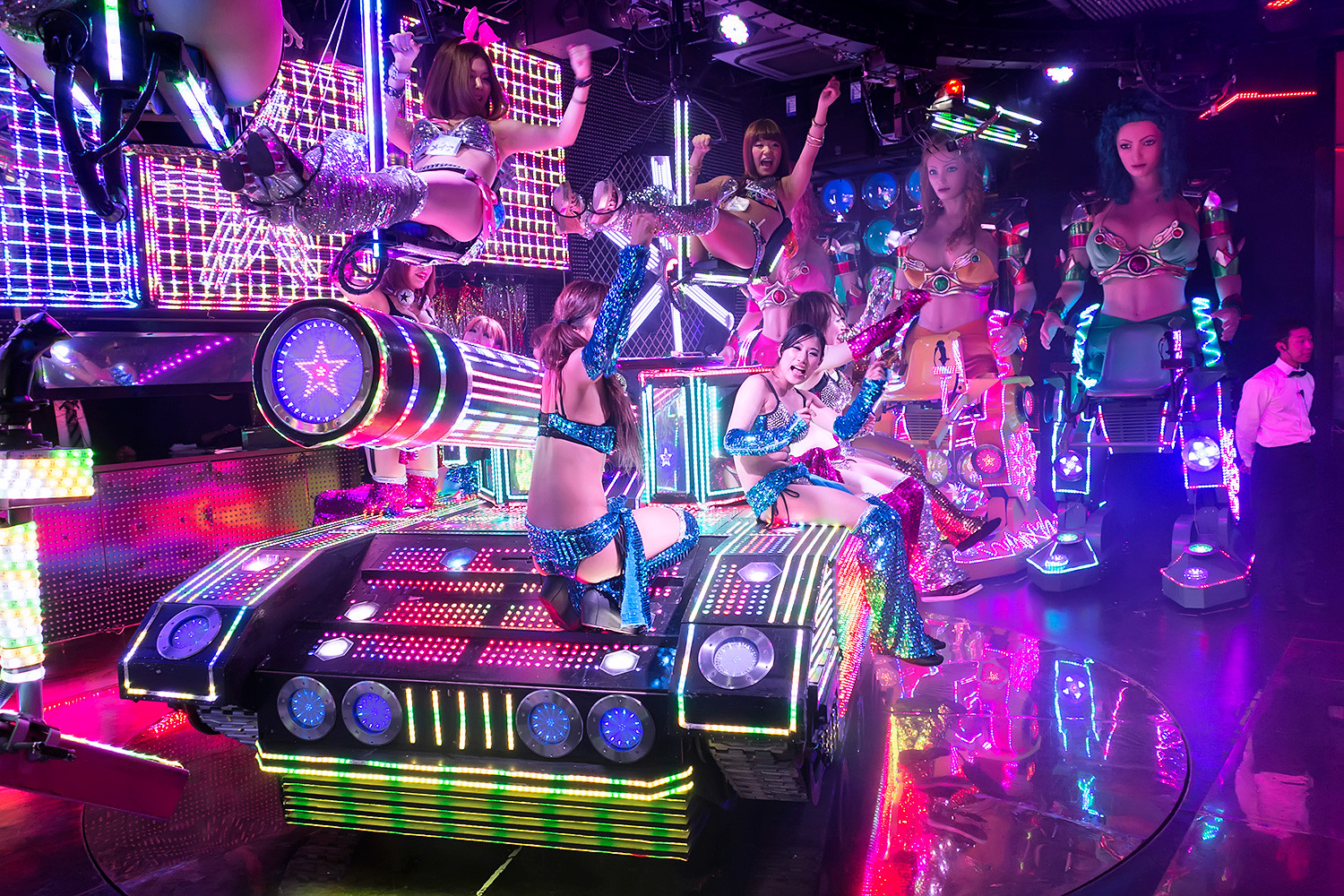 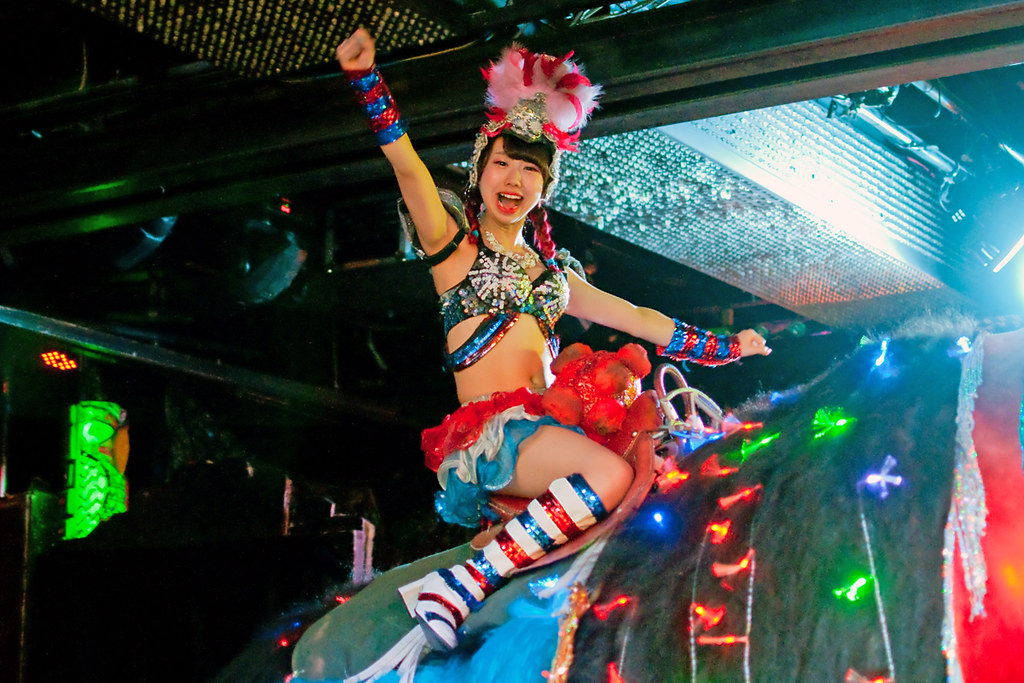 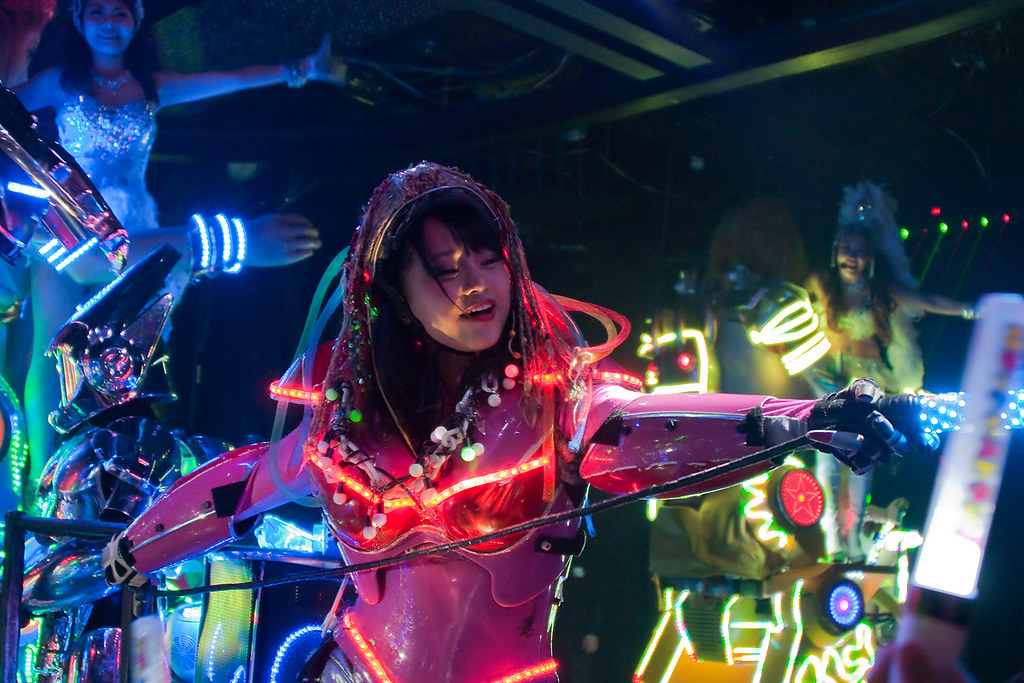 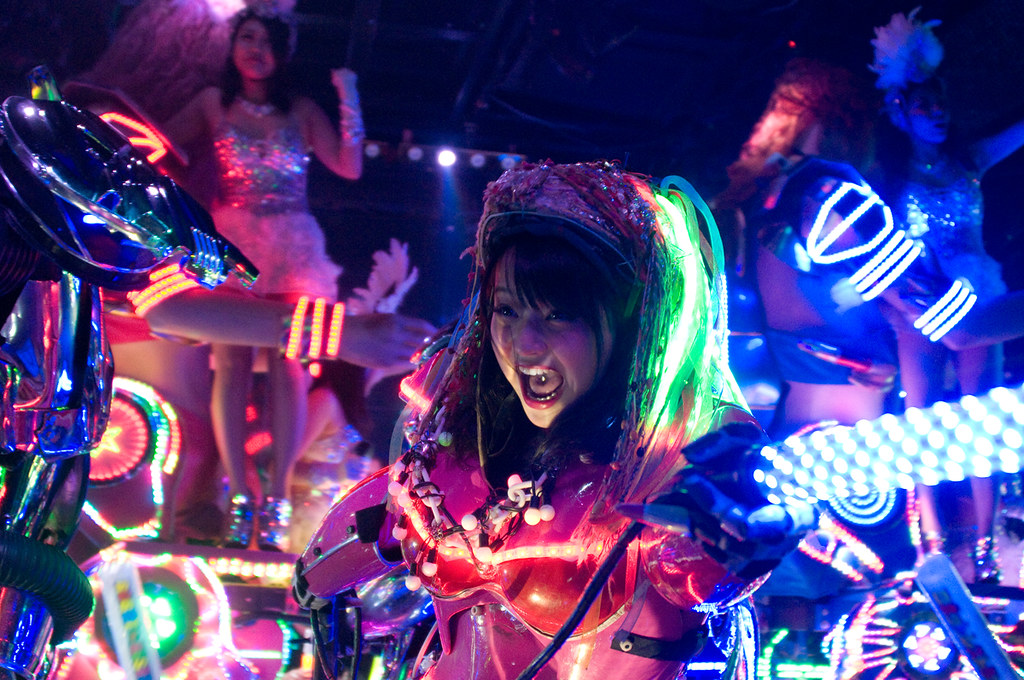 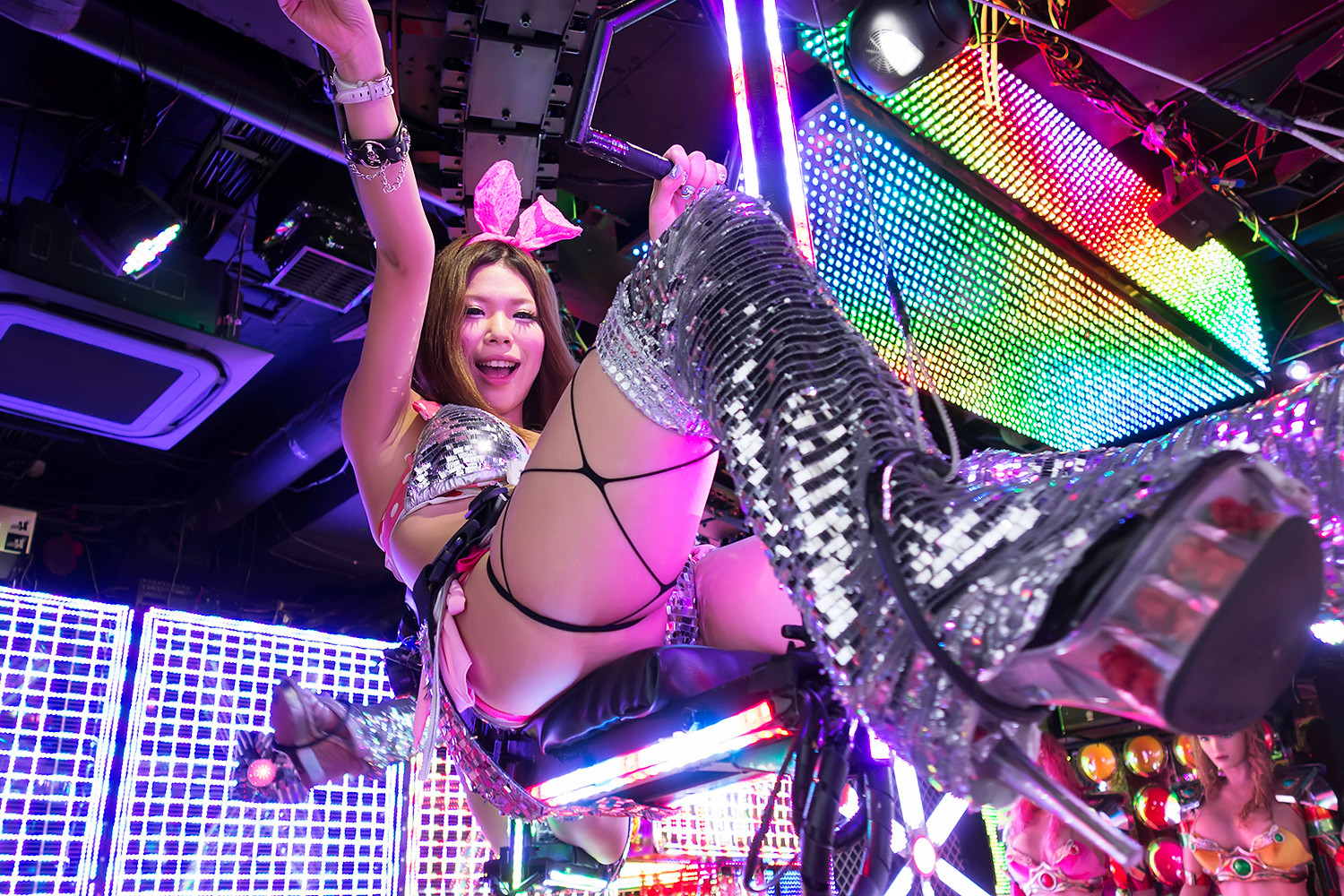 At the Tokyo Robot Restaurant, these girls are riding some kind of track around just above your head during the show. The rule is “Don’t touch, but high-fives are okay!” 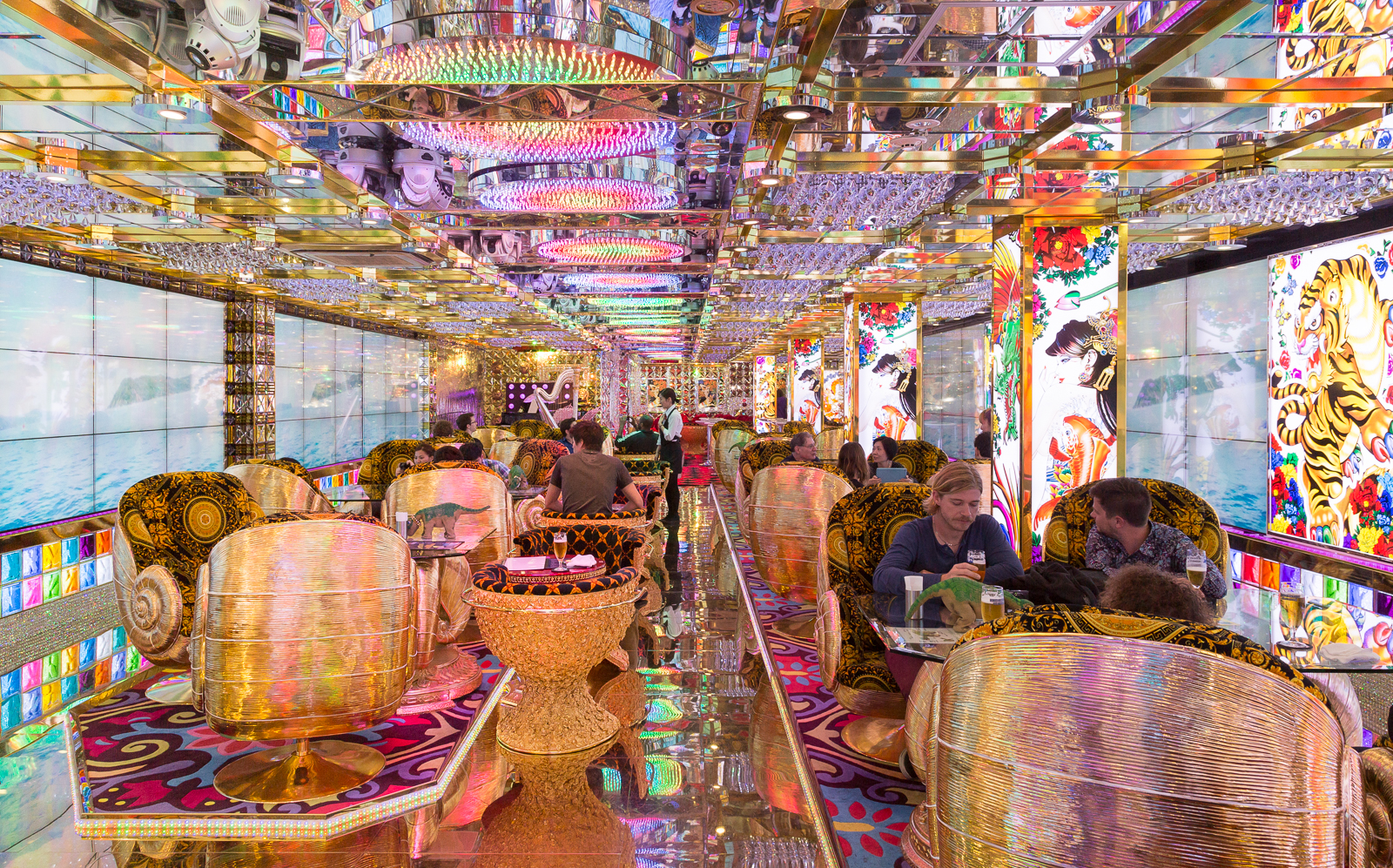