For the majority of the 20th century, Slovenia was a member of Yugoslavia, a federated nation that existed between 1913 to 1941 and again from 1946 to 1992. The Second iteration of Yugoslavia was a one-party socialist state mainly modeled after its neighbor, the Soviet Union. Josip Broz Tito, commonly referred to as Tito, half Croatian and half Slovenian, ruled over Yugoslavia from 1946 to 1980. Though it was considered the most open and free of communist regimes, repression in Yugoslavia was prevalent, freedoms were limited, and the economy struggled, lagging behind other nations, especially during the 1980s when inflation and unemployment emerged as serious problems. Since being freed from the shackles of socialism, Slovenia has been largely stable, furthering its ties with the West. Slovenia became a member of NATO and the European Union in 2004. The Slovenian economy has experienced hiccups (notably in the early 2010s) but, on the whole, has been prosperous, continuing to grow steadily into the 2020s. 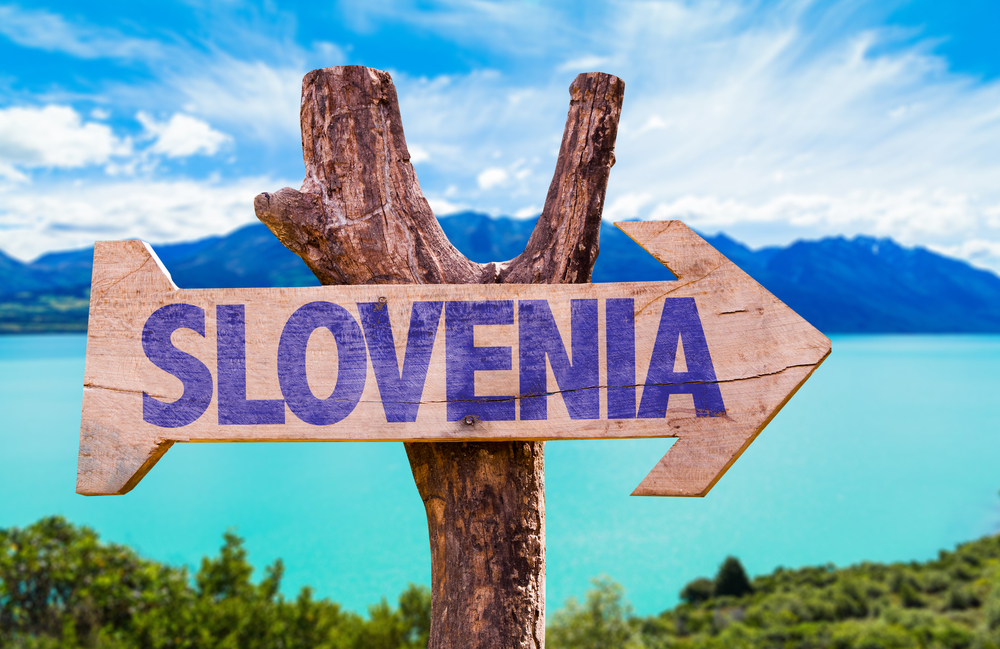 Visitors to Slovenia are amazed by its stunning natural beauty and drastically diverse landscapes. Despite being a small country, Slovenia packs more within its borders than many larger countries worldwide. Slovenia’s official tourism website notes that in Slovenia, “four different worlds are combined into a magnificent symphony that can be felt in culture, gastronomy, and natural wonder.”

Northwestern Slovenia is home to the highest peaks in Slovenia, featuring two mountain ranges- the Julian Alps and the Kamnik-Savinja Alps and the picturesque Pohorje Hills. The region wows tourists with its gorgeous alpine lakes like Lake Bled, which features a large body of water surrounded by dense forest with the alps rising and forming an impressive backdrop. The lake features Slovenia’s oldest castle, Bled Castle, perched on a cliff overlooking the lake; the medieval castle built in 1004 provides guests with a glimpse into long-standing Slovenian history as well as interactive activities like printing your own memorial document at the castle’s printing works and the ability to bottle and seal your own wine in the castle cellar. Lake Bled is also home to a small island that features an impressive staircase that leads guests from their boats up to the 170 ft. tall 17th century-built baroque-style church, translated into English as “Church of the Mother of God on the Lake.” Other sights to behold in the Slovenian Mountains include Kranjska Gora, a sportspersons haven known for world-class skiing and intense bicycle courses and hikes. The Sorca river is an insanely picturesque emerald color river where a part of the Chronicles of Narnia film was filmed. 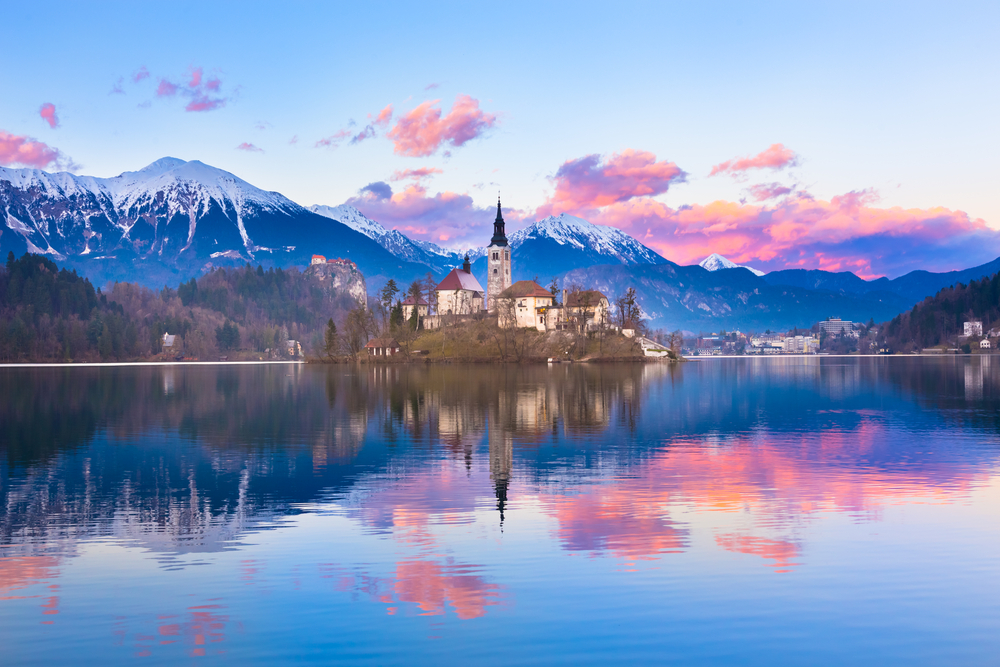 Central Slovenia is home to the nation’s capital, the lively city of Ljubljana, which resembles something straight out of a fairy tale. At the confluence of several rivers, most notably the Ljubljanica and the Sava rivers, Ljubljana features many picturesque bridges, including the famed dragon bridge. The bridge, one of Europe’s longest of its kind, is adorned with fierce-looking dragons statues and was Slovenia’s first reinforced concrete structure; when completed in 1901. The bridge is designed in the resplendent Art Nouveaux style that was in vogue at the turn of the 20th century. Ljubljana’s central market contains an open-air market, a covered market, and several food shops that occupy two squares in the heart of Ljubljana. There are street food kiosks and catering establishments that make up the dense market as well. The outdoor market has stalls that sell local farmers’ fruits and produce, in addition to a bevy of flowers, dry-cured meats, and other goodies. The indoor market is a two-story complex that follows the curve of the river and was built by legendary Slovenian architect Joze Plecnik in the early 1940s. The indoor market features a variety of shops selling Slovenian products and goods, restaurants, a fish market, bakeries, specialty cheese shops, desert locales, and much more. That is just a tiny glimpse into what Ljubljana and Central Slovenia have to offer. For more info, check out the Slovenian tourism page. 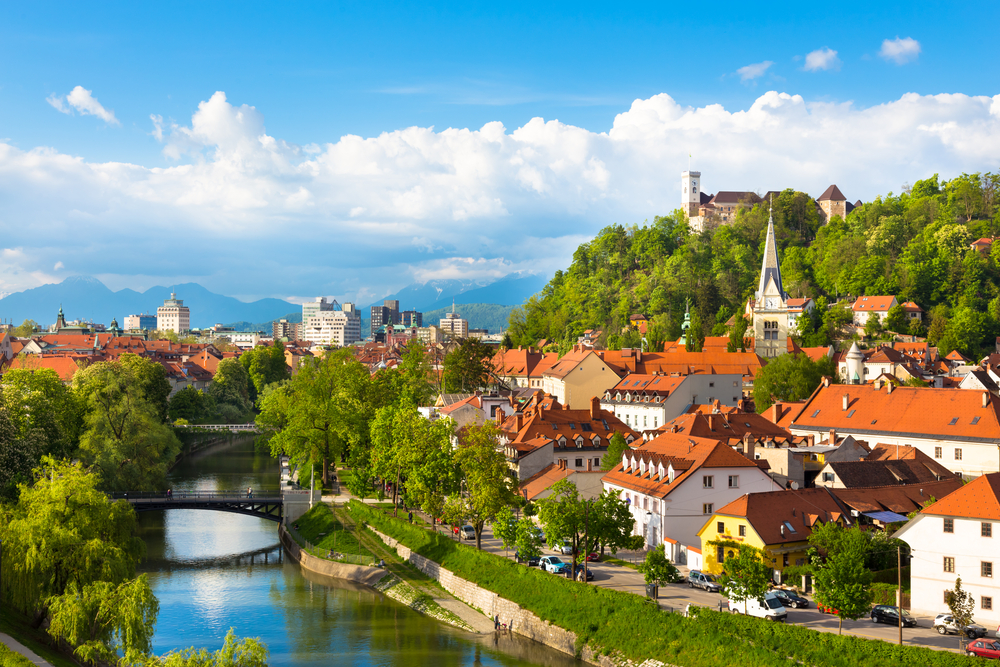 Cityscape of the Slovenian capital Ljubljana at sunset.
Photo by depositphotos.com

Located in the Eastern portion of Slovenia, the Thermal Pannonian region is noted for its healing waters and numerous health resorts, as well as its wineries and delicious cuisine. Podčetrtek is located in the center of the region featuring the Terme Olima spa, heralded as the best spa in all of Slovenia. Terme Olima is home to a waterpark-Thermal Park Aqualuna, which features themed pools and several breakneck waterslides, including one known as the adrenaline tower, which drops guests through the fangs and down the sinuous body of a King Cobra-shaped slide. The park is a wonderful spot for the entire family. Terme Olima also features relaxing thermal pools, and saunas at Wellness Orhidelia, perfect for couples and romantic experiences, the Wellness center’s unique design blends the constructed with the natural creating a unique experience for all who visit. Other top places to visit include the town of Lasko, which combines health, brewing, beekeeping, and a domineering castle that overlooks the town and now serves as a top restaurant. Dolenjska is a region of thermal spas situated alongside the Krka River featuring a charterhouse monastery and producing the uniquely Slovenian wine known as Cviček. 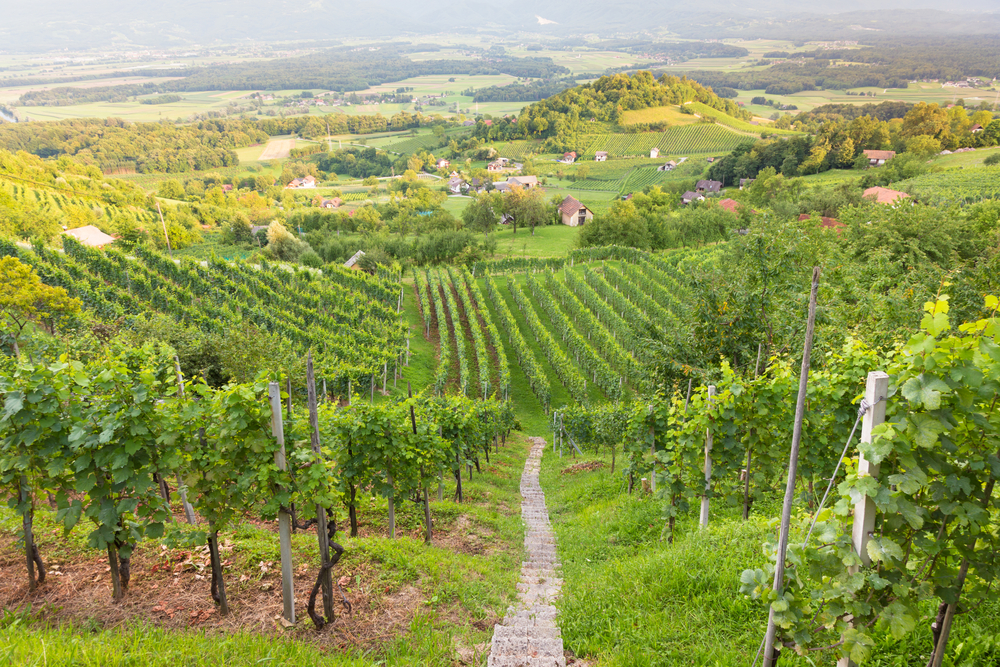 The Mediterranean & the Karst

Located in the Southwestern portion of Slovenia bordering the Mediterranean sea, the Mediterranean & Karst section of Slovenia features tons of sun, coastal towns, sea salt, delicious Mediterranean cuisine, and secret caves, some of the most popular in all of Europe. Portoro and Piran is a set of coastal towns that are world famous for the sea salt they produce, which built up the towns in medieval times and still produce large quantities to this day. For an excellent look into the salty history of the area, visitors should check out Sečovlje Salina Nature Park. The biggest wetland in Slovenia, Sečovlje is divided into two parts- Lera, where salt is still harvested in the traditional manner, which visitors can view first-hand, and Fontanigge, where the Museum of Saltmaking is located, providing guests with an extensive history and look into the salt making process. The ancient town of Piran is lovely and features the nine ancient gates built in the 7th century to keep out outsiders that are still intact today. Piran is also home to a rich culinary scene that highlights the area’s local seafood and Mediterranean roots (lots of olive oil) and features delicious food in various settings, from simple yet tasty cuisine at local pubs to world-class fine dining. Piran has something to satisfy everyone’s taste buds. Brda is the sun-drenched wine country of Slovenia, located between the Alps and the Mediterranean that features picturesque vineyards, romantic villages, orchards, and olive groves. Karst is home to numerous marvelous cave networks that astound visitors from across the world. 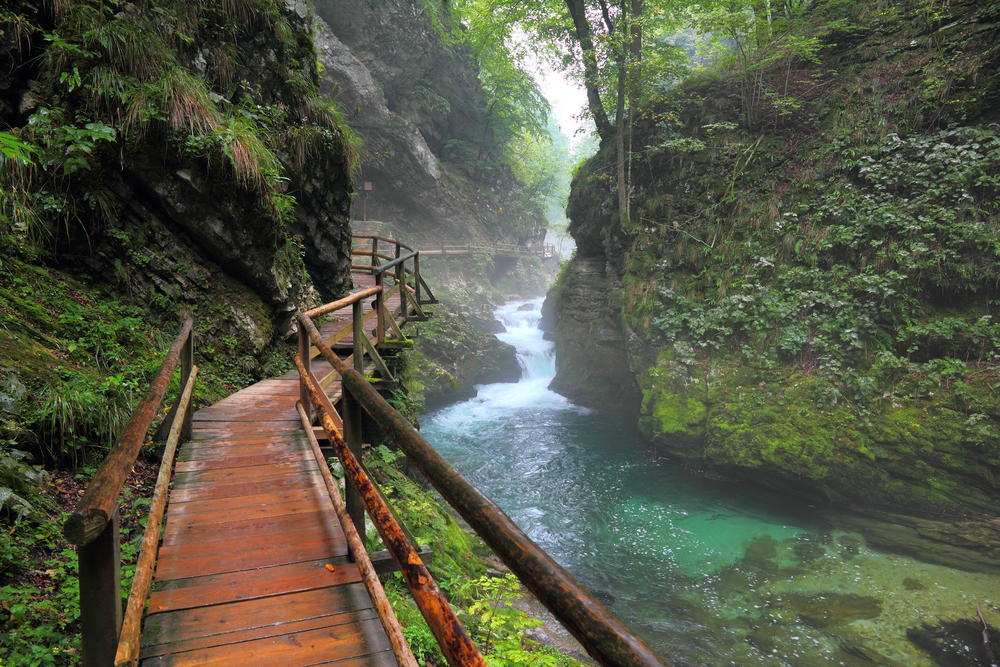