On the outskirts of the lively city of Buenos Aries in Argentina, there is a mysterious circular island located in the Parana Delta which rotates on its own axis like a distant planet. Scientists believe that the unusual island—known in Argentina as “El Ojo” or “The Eye”—formed in 2003. There is not yet a scientific consensus about how the circular island formed, but there are countless wild theories which involve extraterrestrial life.

Proponents of the theory that The Eye was created by aliens claim that the circular shape of the island is too perfect to have formed naturally. Alien enthusiasts also point out that the water around the island is unusually cold and clear—conditions which are extremely rare in a delta. Much like the scientific community, proponents of some sort of alien intervention haven’t yet come to a consensus. Some say The Eye is a cover for a hidden colony of aliens, while others claim that the circular island is a beacon to attract aliens to planet Earth. Engineer Ricardo Petroni and filmmaker Sergio Nuespillerm attempted to crowdfund an expedition to explore the natural and otherworldly mysteries of The Eye, but unfortunately their fundraising efforts failed. 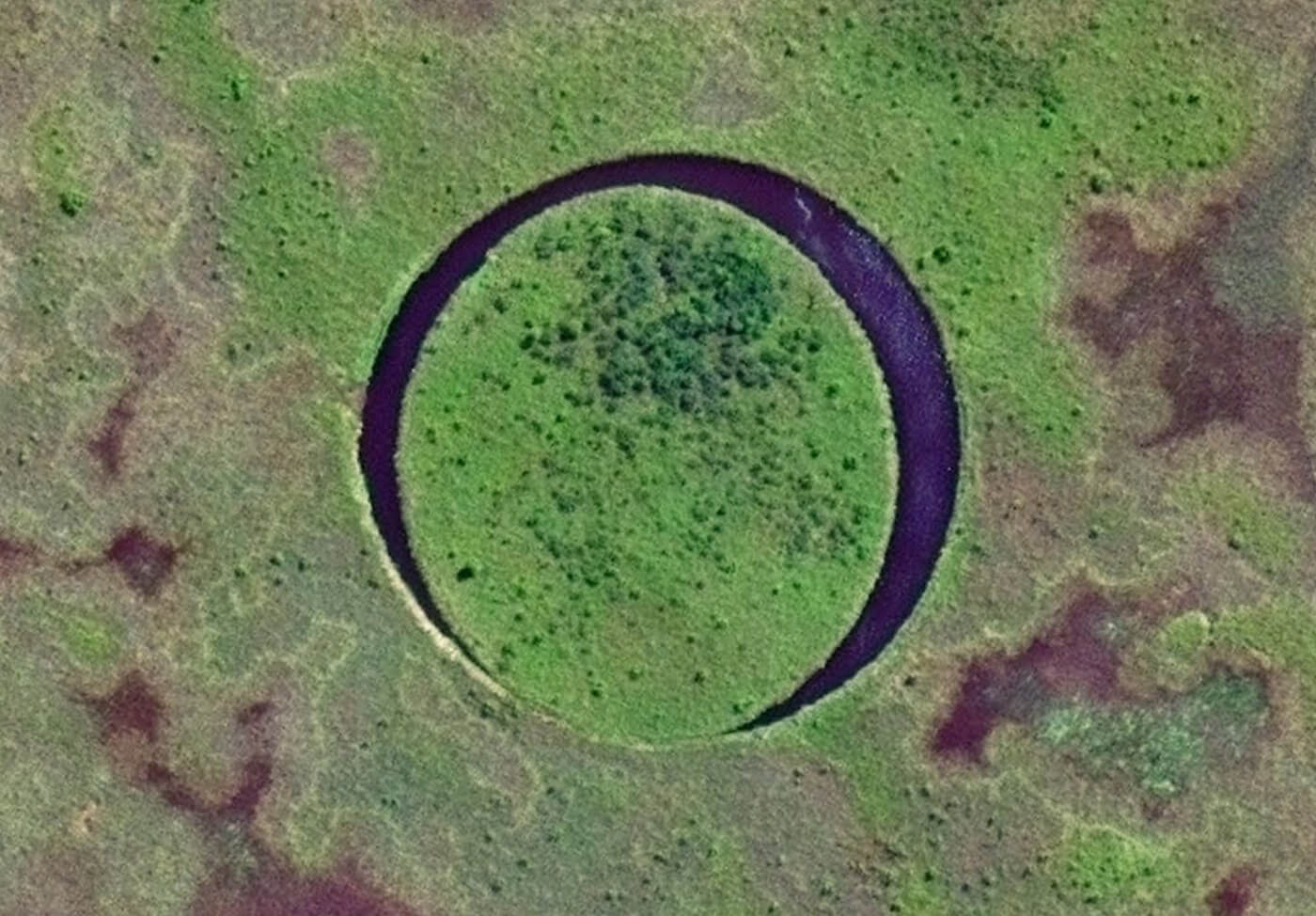 The current leading scientific theory to explain the perfect roundness of The Eye is a phenomenon known as sheer which has shaped several circular pieces of ice throughout the world. Scientists state that cold water currents which flow in a single direction create enough friction to cause erosion. Some scientists believe there may be a cold spring beneath The Eye, which would explain why the water is a different temperature and color than that of the surrounding delta. 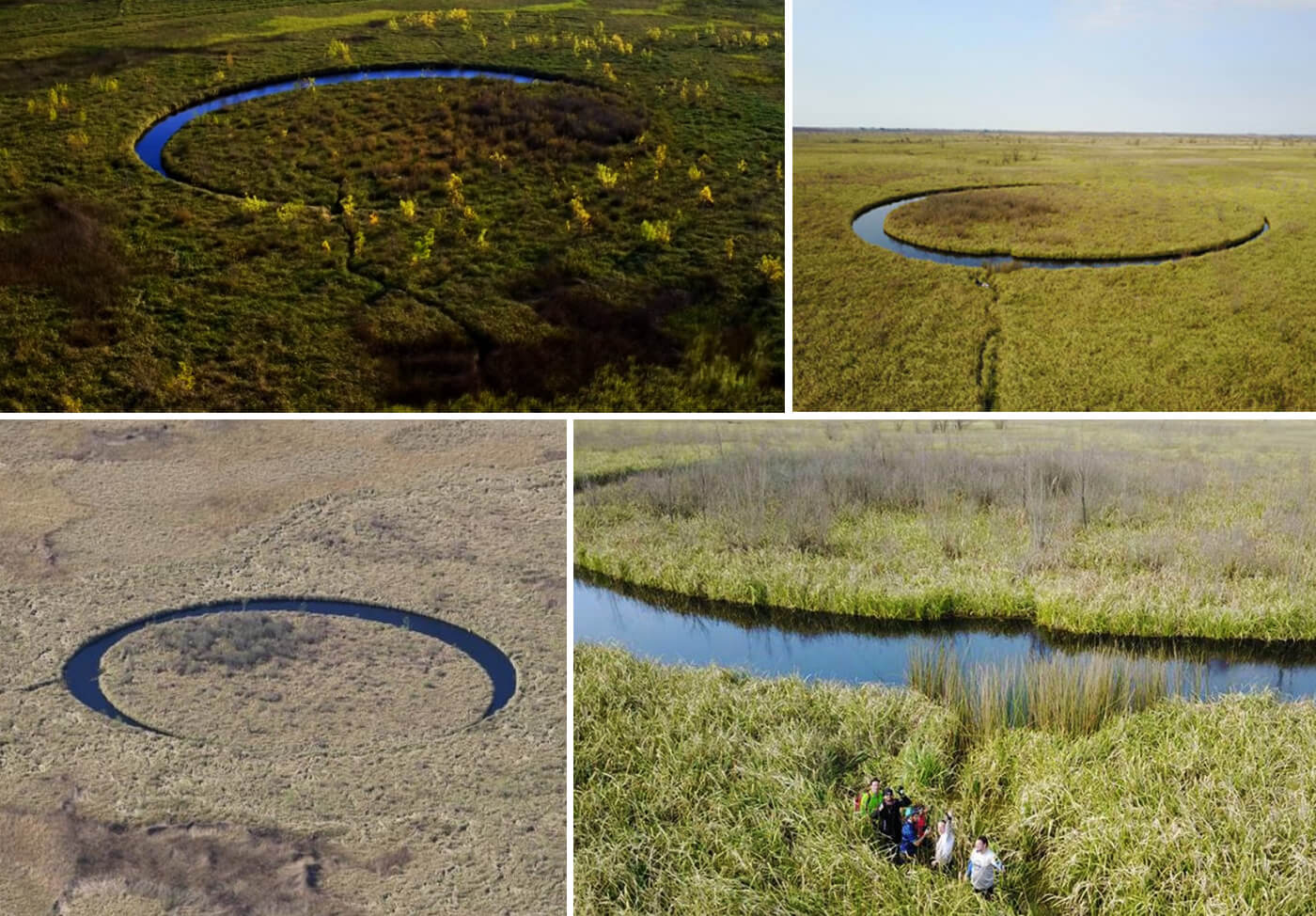 Alien enthusiasts are convinced that something otherworldly is afoot. Until a group of neon green extraterrestrials confirms or denies their involvement in creating The Eye, we’ll never know for sure. 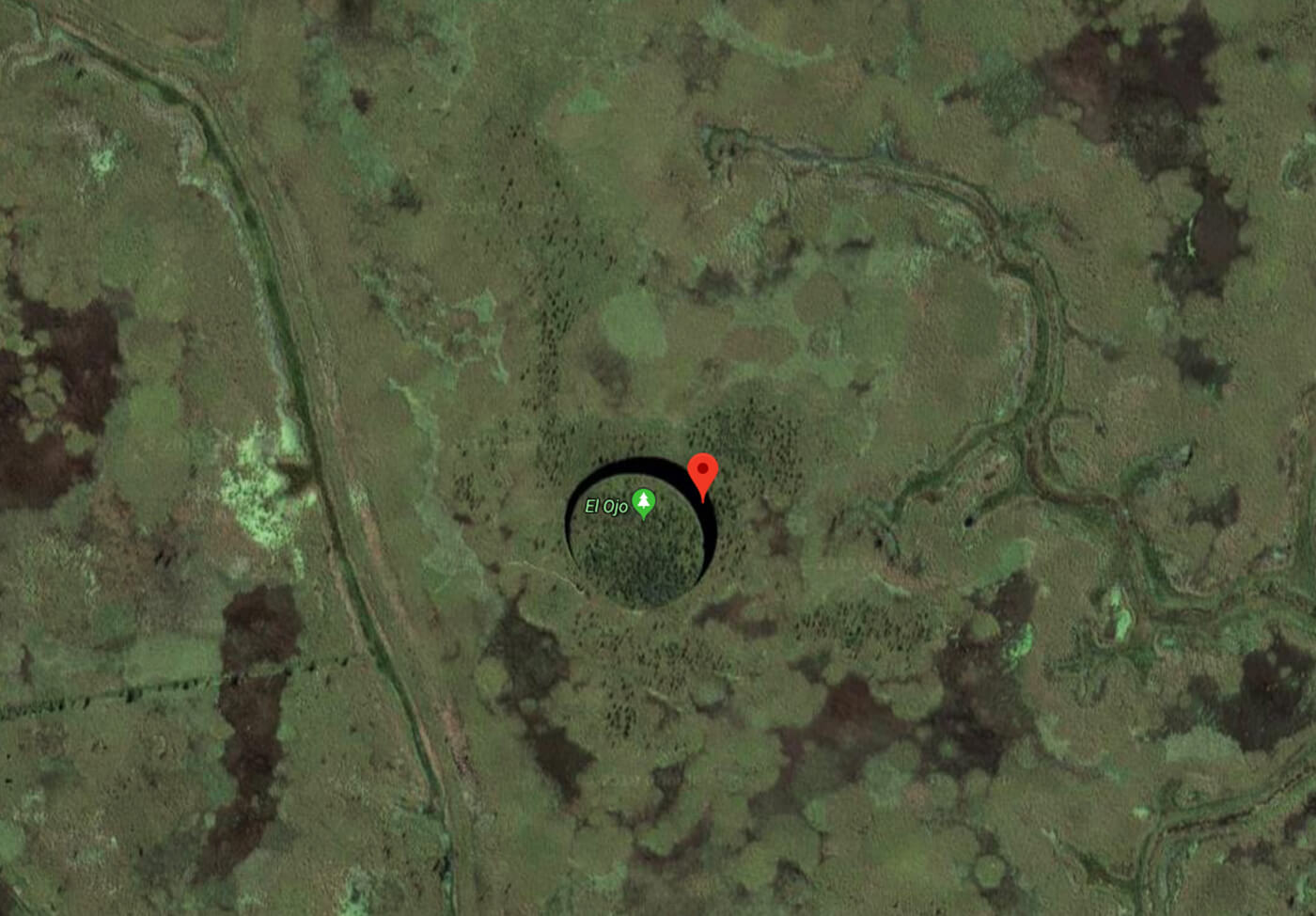