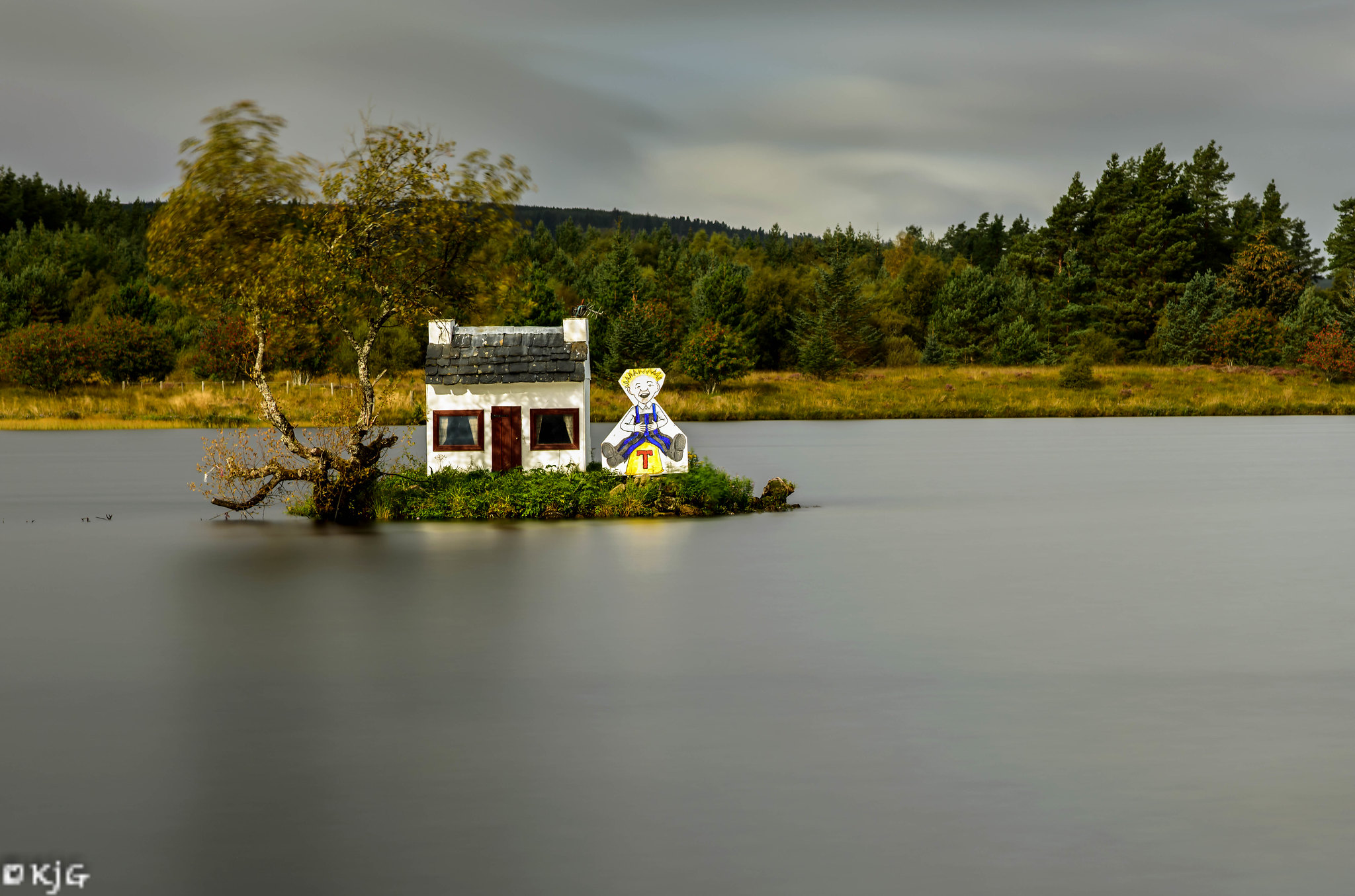 A tiny house, which is appropriately known as the Wee Hoose (or the Wee House), sits on a mini island in Loch Shin, Scotland. Allegedly, it was built in 1824, by a gentlemen named Jock Broon. He was given a small plot of land by a local official, as a token of appreciation for Broon’s whisky distillation know how. Sadly, shortly after becoming a first time land owner, Broon perished in an unfortunate hunting accident: he unknowingly aimed his gun at his own foot. 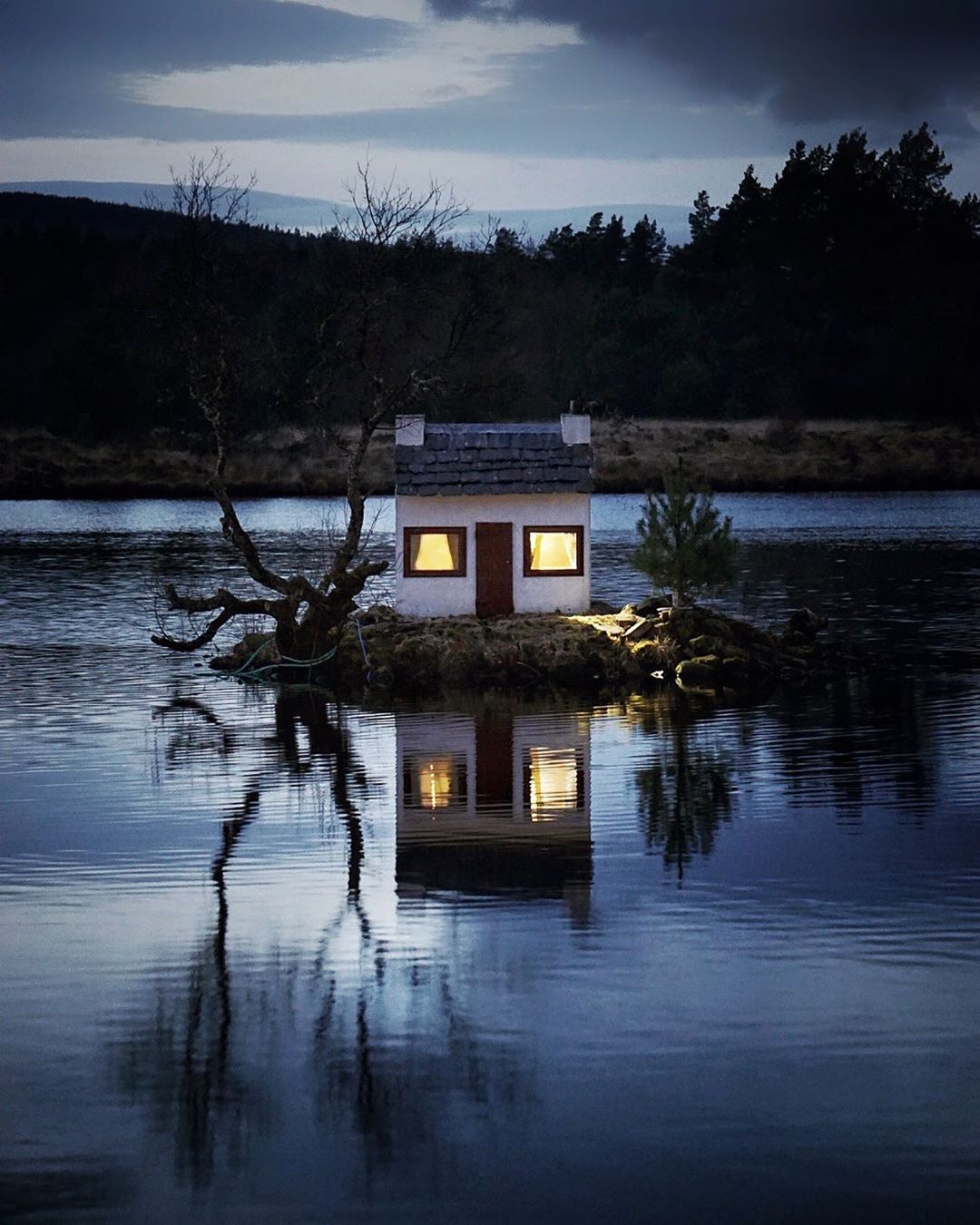 However, the truth is that the wee house was constructed about 20 years ago, for a local celebration held in a nearby Scottish village the Lairg Gala. The tale of Jock Broon was made up by one of the builders of the wee house in a mischievous fit of fun. The wee house has become quite a spectacle in recent years. Visitors from around the world come to Loch Shin, in order to see the fantastical wee house. It looks as though it may be home to a family of water sprites, with thick Scottish accents. 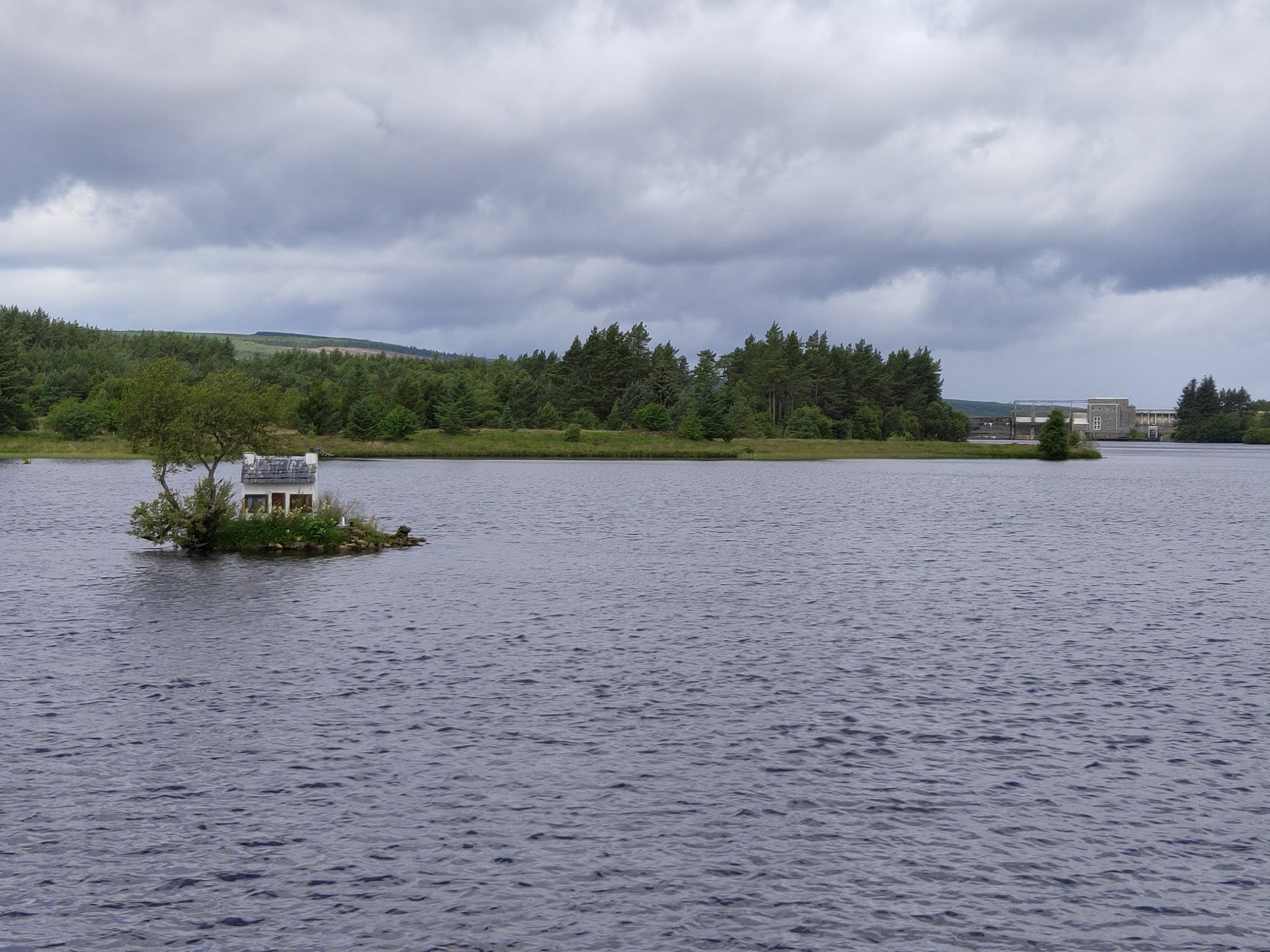 There is so much local love for the wee house. It has been rebuilt at least twice in the wake of bad weather. Rumor has it that the wee house may be the Loch Ness Monster’s summer home, even though Loch Shin is quite a trek from Nessie’s natural habitat. Scotland is a beautiful country with a culture steeped in tale tales and myths. There is no telling what type of sea creature, water sprite, or jolly Lairg Gala revealer you may encounter on your journey on the way to the wee house. 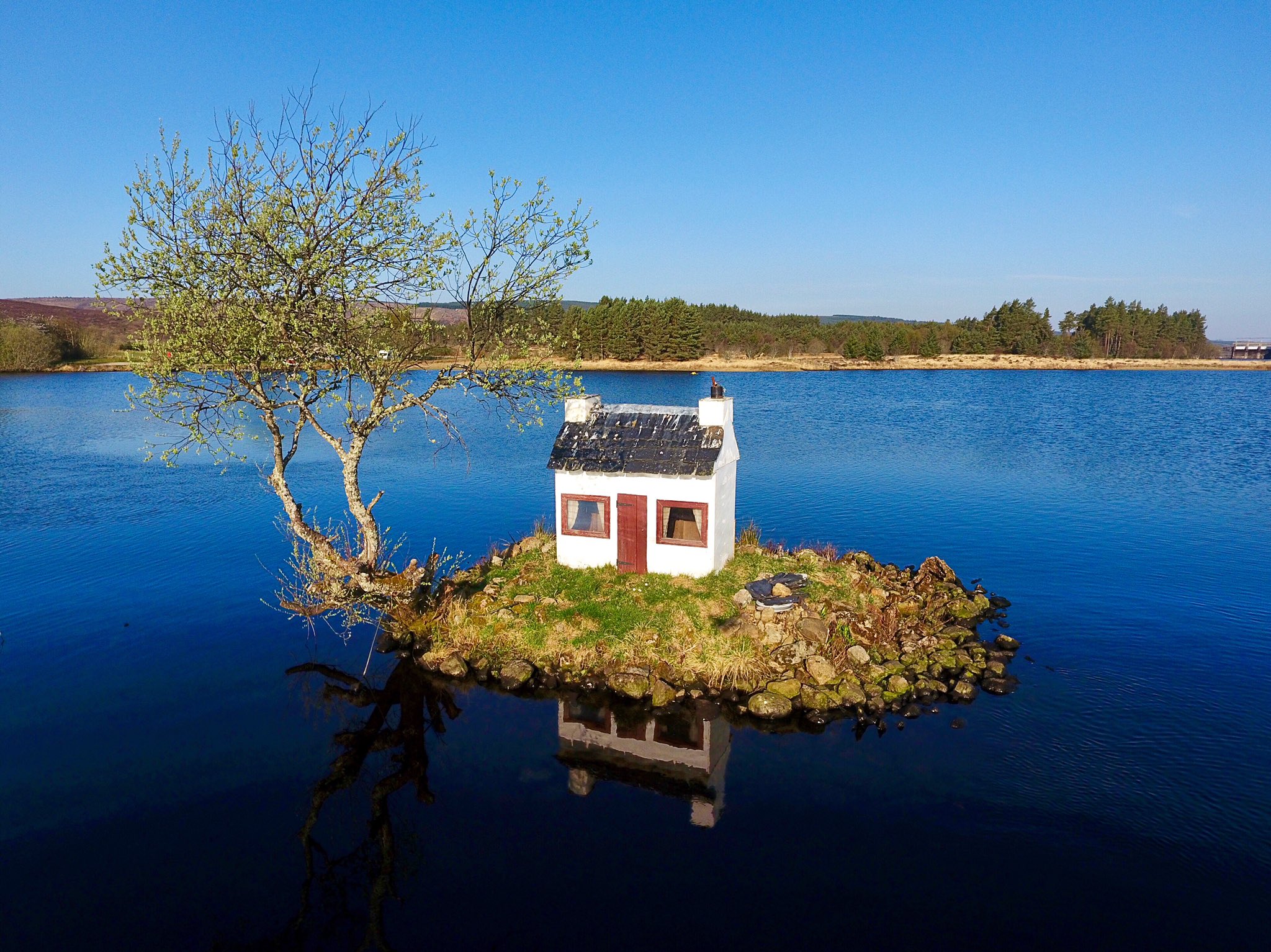 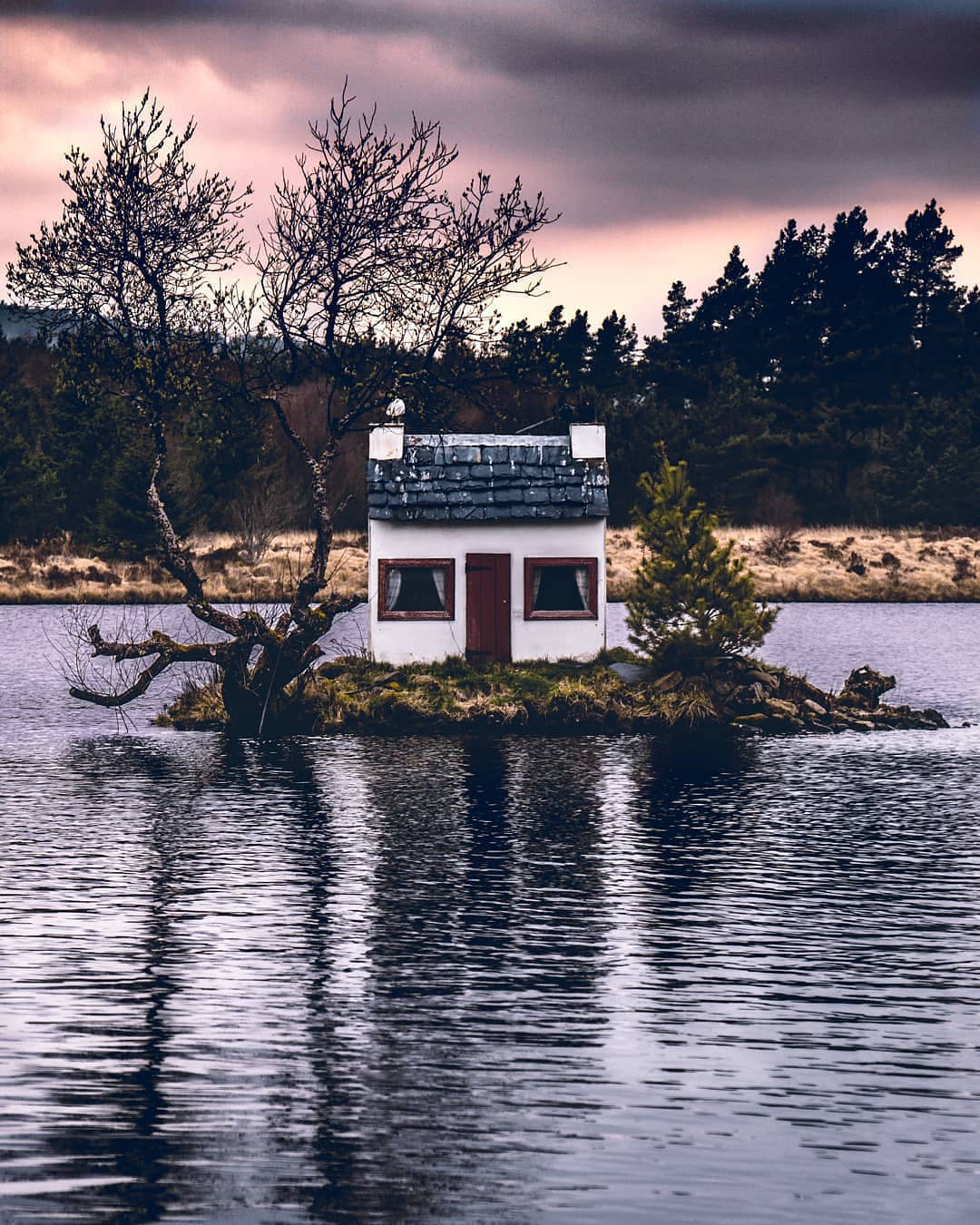 Certainly, put visiting the Wee Hoose at the top of your Scottish adventure list. This tiny island looks straight out of a fairy tale about an enchanted Loch. It will not disappoint.