The Drina River is a 215-mile long river located in the central Balkans. It originates from the confluence of the Tara and Piva rivers, and flows mainly northward to enter the Sava. 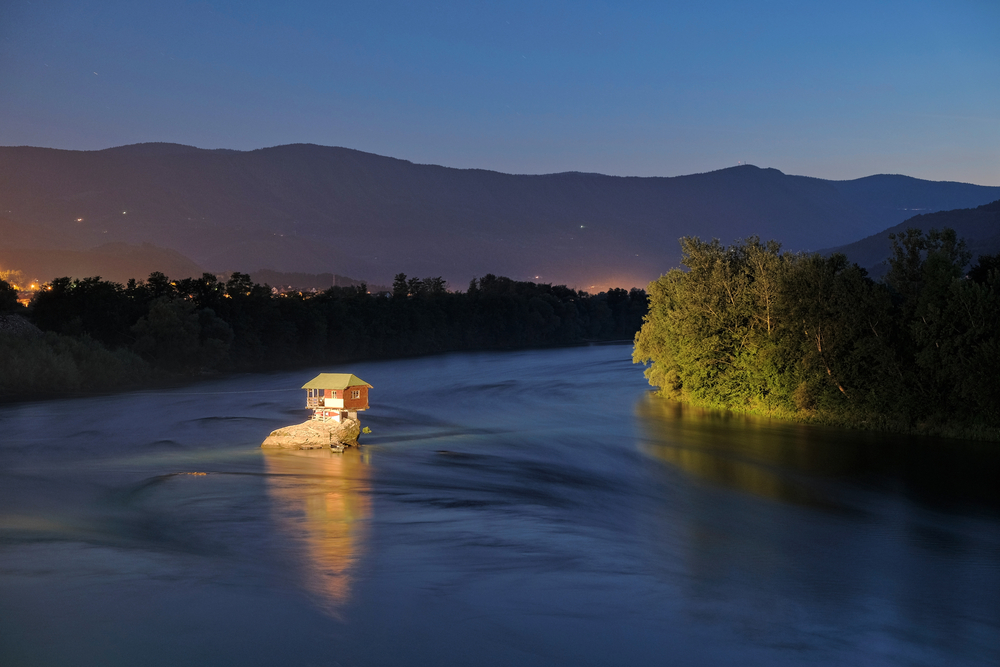 Wooden house on a rock of Drina River by night, Serbia
Photo by depositphotos.com

Its upper course is through canyons and gorges, while its lower course is wider. The river is known for its green and fast-moving water, and is often described in the novels of Ivo Andric, a Nobel Prize-winning author. It is one of the most beautiful rivers in Serbia, and was historically known as Drinos or Zelenika (Green in Serbian). It runs through picturesque mountainous and plain regions of Bosnia and Serbia, and is home to cultivable fields, rugged canyons, and diverse wildlife. 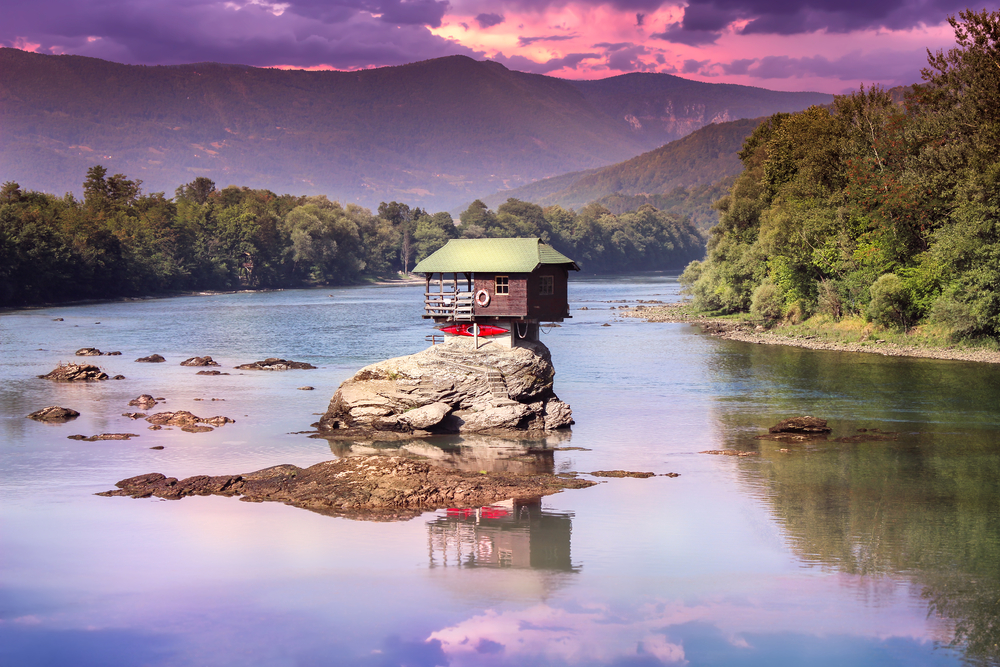 The Drina River is also known for its historical significance, as it served as a border between Austro-Hungary and Serbia during World War I. Today, it is a popular destination for its canyon landscapes, reservoirs, and fish resources such as trout, huchen, carp, and chub. The saying “who can straighten curved Drina” is often used to describe the river’s winding course and the futility of trying to change it. The Drina River is a symbol of the natural beauty and human history of the region. 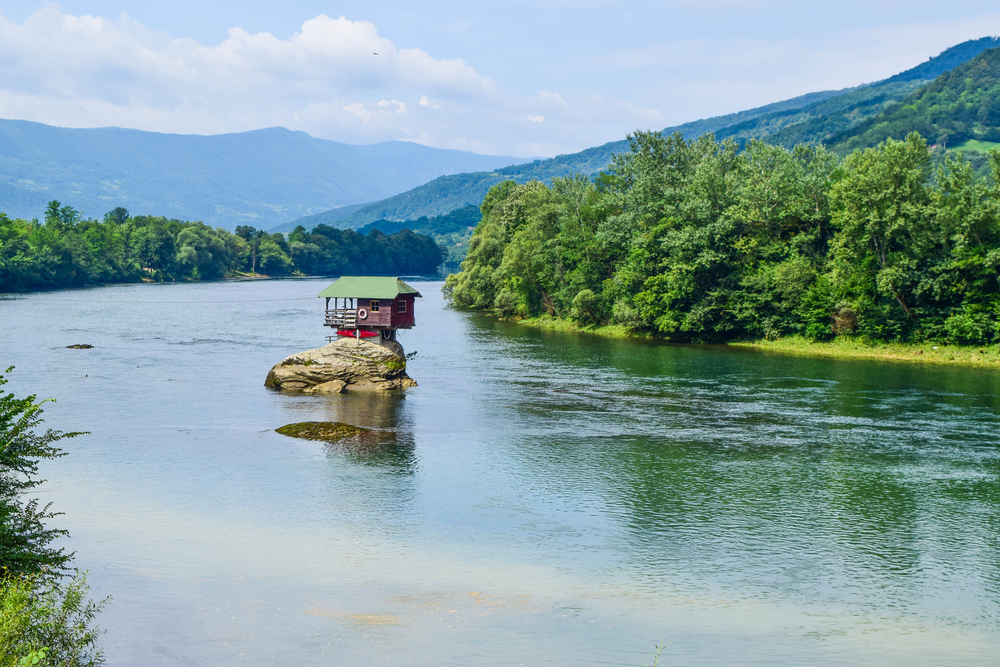 The Drina River House, also known as the Drina House, is a unique architectural structure located on the Drina River in the village of Bajina Bašta, Serbia. It was built by a group of friends, who wanted to create a unique place to spend their free time on the river. The house is built on a narrow strip of land between the river and a steep cliff, and is designed to withstand the strong currents and floods of the Drina River. The house was built with the help of local craftsmen, using traditional construction techniques and materials.

To get to the Drina River, you would need to travel to the region where it is located, which is in the central Balkans. The exact location of the Drina River depends on where you want to go along its 215-mile course. Some options for accessing the river include:

By air: The closest major airport to the Drina River is Sarajevo International Airport, which is located in Bosnia and Herzegovina. From there, you can take a bus, train, or rental car to reach the river.
By train: There are several trains that run through the region, connecting major cities like Sarajevo, Belgrade, and Zagreb.
By car: You can also rent a car and drive to the Drina River, as the region is well-connected by roads.
By bus: There are also bus connections that can take you to the different towns and cities along the Drina River.

Once you are in the region, you can plan your trip to the river based on what type of activities you are interested in. There are many tour operators and local guides who can help you organize your trip and give you more information on the best places to visit, such as the most beautiful canyon landscapes, reservoirs, and fish resources.