Since the first Star Wars film was released in 1977, devoted fans have jumped at every opportunity to make the fantastical Star Wars universe as real as possible. The 21st century is the very best time to be a Star Wars fan because Disney World recently added a fully immersive Star Wars hotel which allows guests to fly through simulated space, visit a remote planet, and potentially join a Han Solo-inspired smuggling ring. 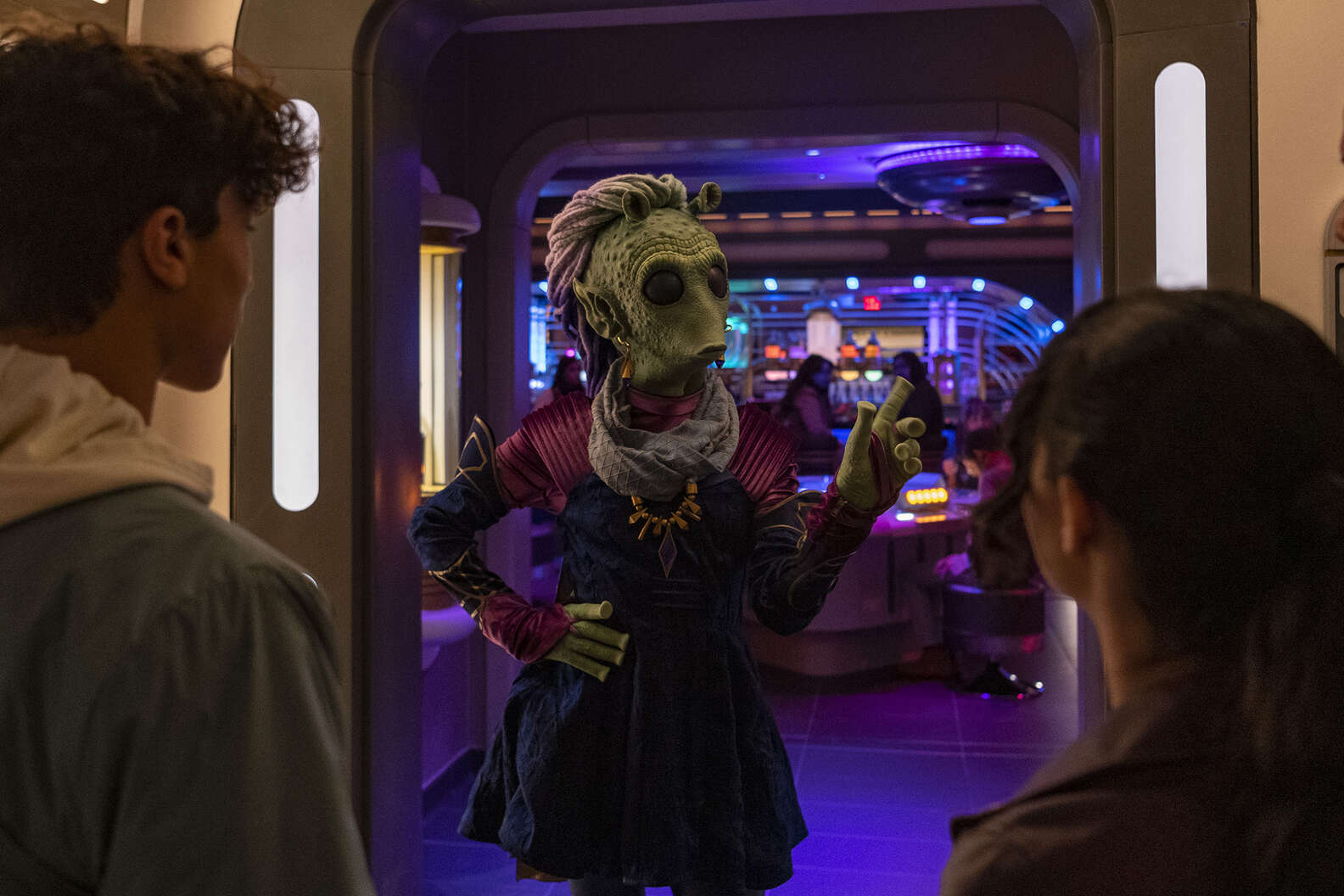 For $1,000 per night, Star Wars: Galactic Starcruiser offers guests a simulated two day intergalactic journey aboard a plush ship called the Halcyon. Guests can interact with Star Wars characters, sip Star Wars-inspired cocktails as they learn how to gamble like Han and Lando, and wield a lightsaber like a Jedi Knight. 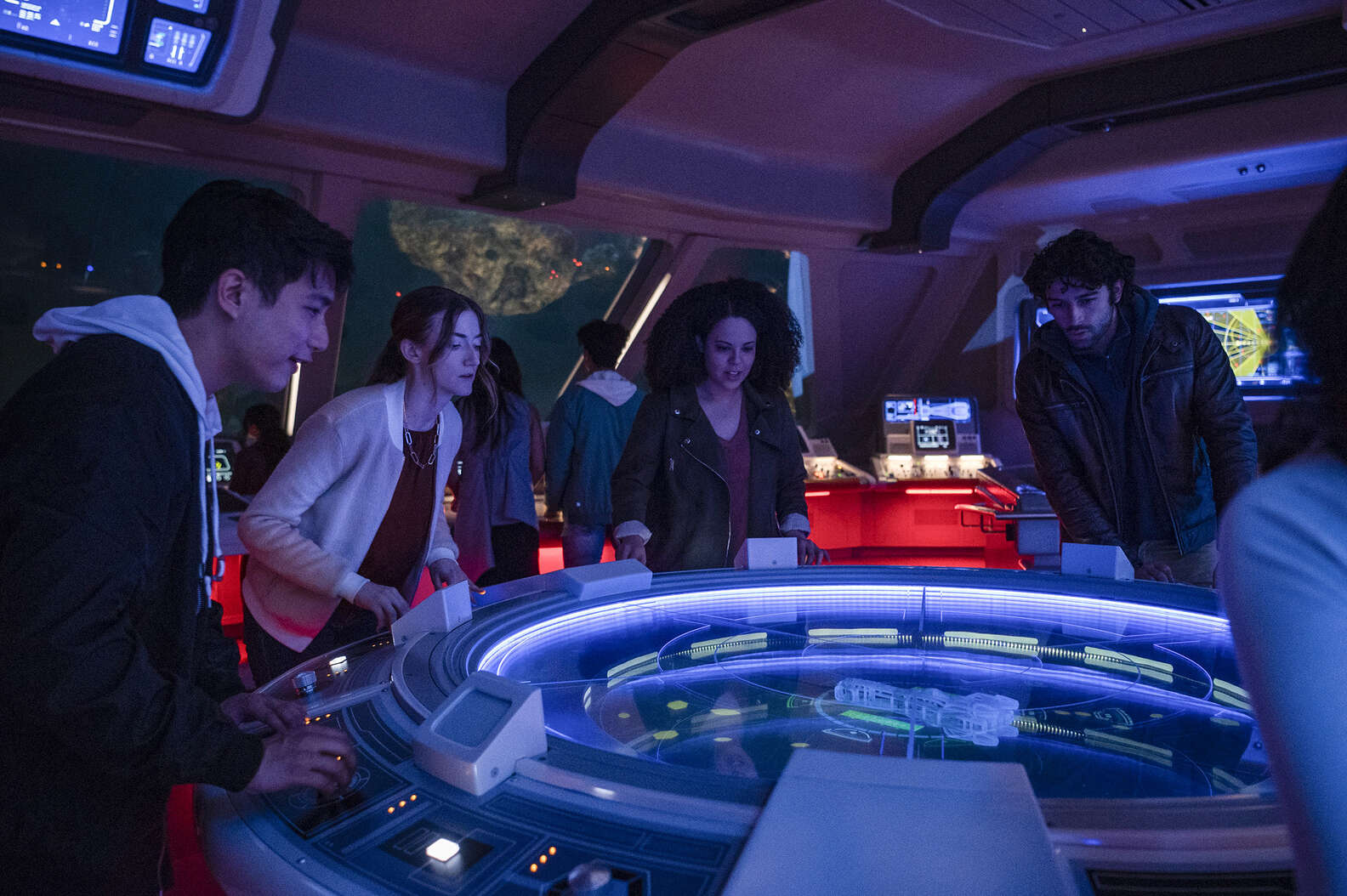 Playing a game, or plotting an attack. | Photo courtesy of The Walt Disney Company

Guests are invited to become part of one of multiple storylines. Green-skinned Rodians and blue-skinned Twi’leks roam the Halcyon. The characters who guests interact with depend on the storylines that they punch into their data pad—which is a fancy, futuristic Star Wars term for smartphone app. 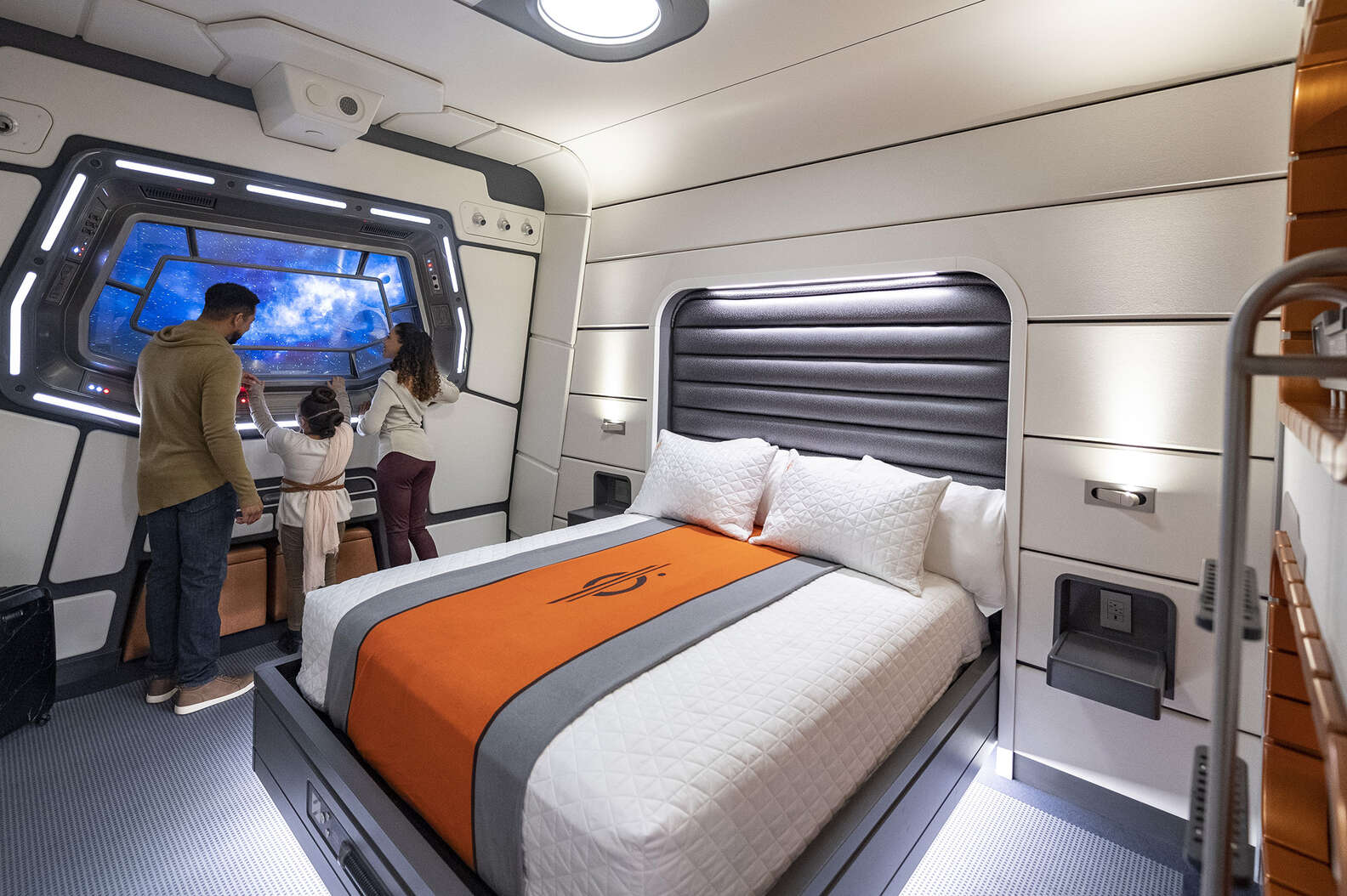 That’s for sure the universe outside the window. | Photo courtesy of The Walt Disney Company

If joining a smuggling ring or potentially stealing a First Order ship is too much for you, you’re always welcome to retreat to your quarters and watch the stars and planets of open space whizz by. Guests are also welcome to take a breather in the Sublight Lounge. You never know when you may spot a dancing Twi’lek, or hear a solo from Star Wars music superstar Max Rebo. 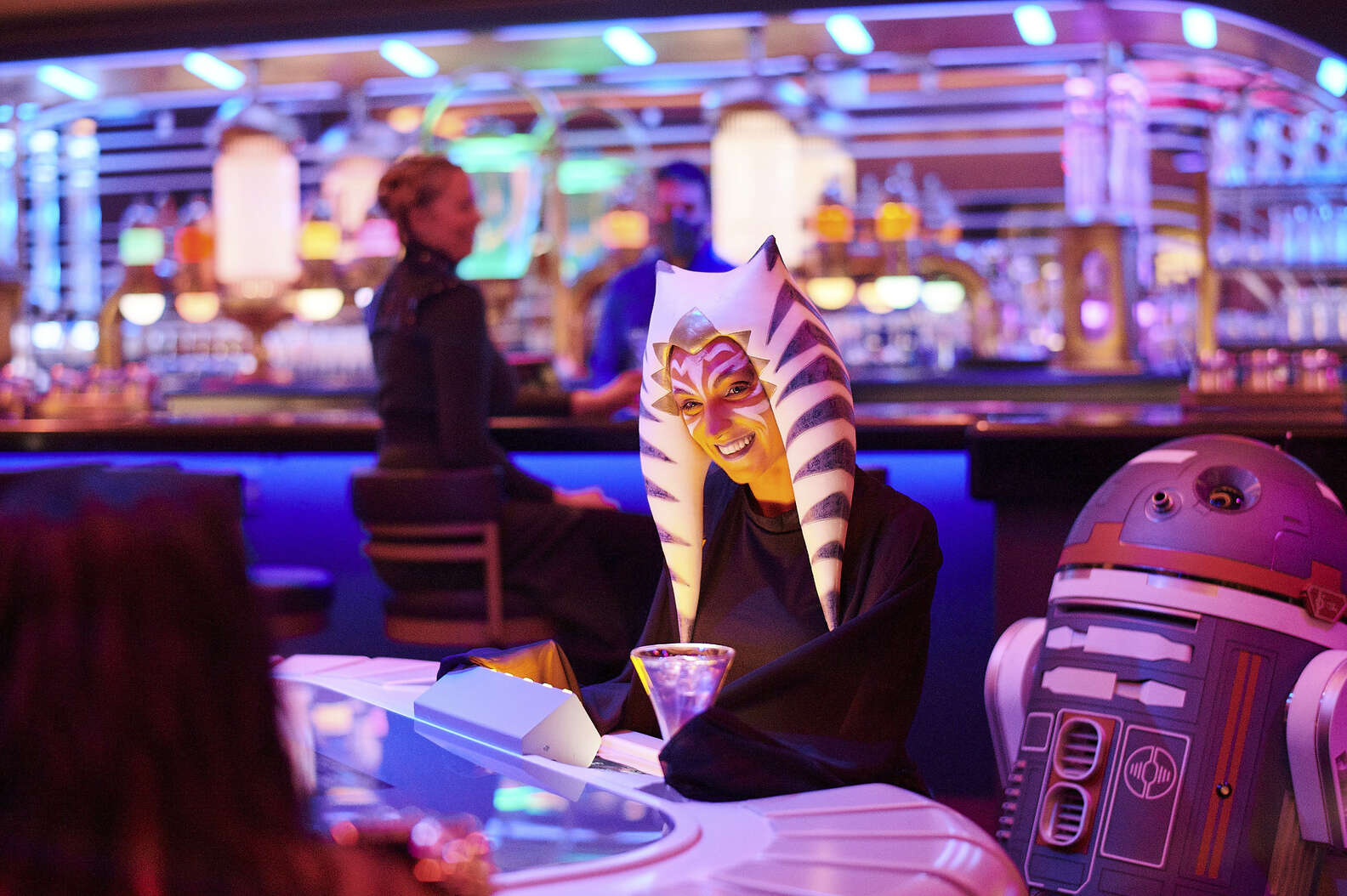 I’ll have what it’s having. | Photo courtesy of The Walt Disney Company

An outing to the faraway planet Batuu is one of the grand highlights of the Star Wars: Galactic Starcruiser experience. There is no greater thrill for a diehard Star Wars fan than spending the morning exploring a celebrated smuggler’s outpost—especially since the Disney version features delicious space snacks. Few experiences beat the thrill of working alongside fictional space smugglers for a day. 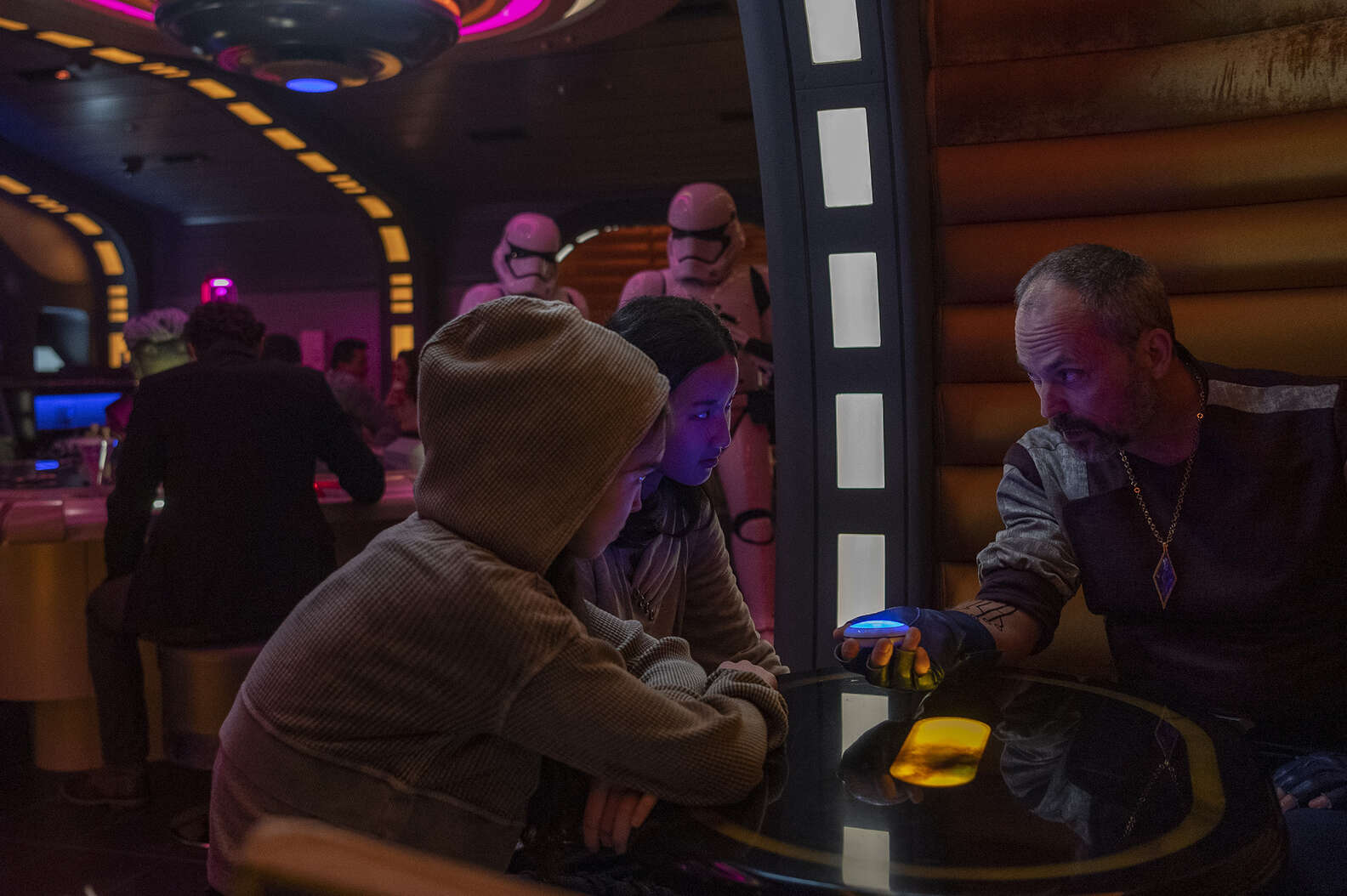