Located in the third most visited park in the United States, the 1,000+ acre Golden Gate Park, the Japanese Tea Garden of San Francisco has provided visitors with a glimpse into the beauty and harmony of a Japanese garden since its debut as a “Japanese Village” exhibit during the 1894 California Midwinter International Exposition. Japanese architect Makoto Hagiwara took over as the garden’s caretaker following the international exposition. Under Mr. Hagiwara’s leadership, the garden expanded to its current size of five acres and developed into one of the most preeminent and pristine Japanese Gardens in the world. Unfortunately, the Hagiwara family were, like 120,000 other Japanese Americans, taken unjustly from their homes during World War II and sent to Japanese internment camps. The family was not allowed to return to their home, located in the Japanese Tea Garden, and over the years, were stripped of many precious family heirlooms. 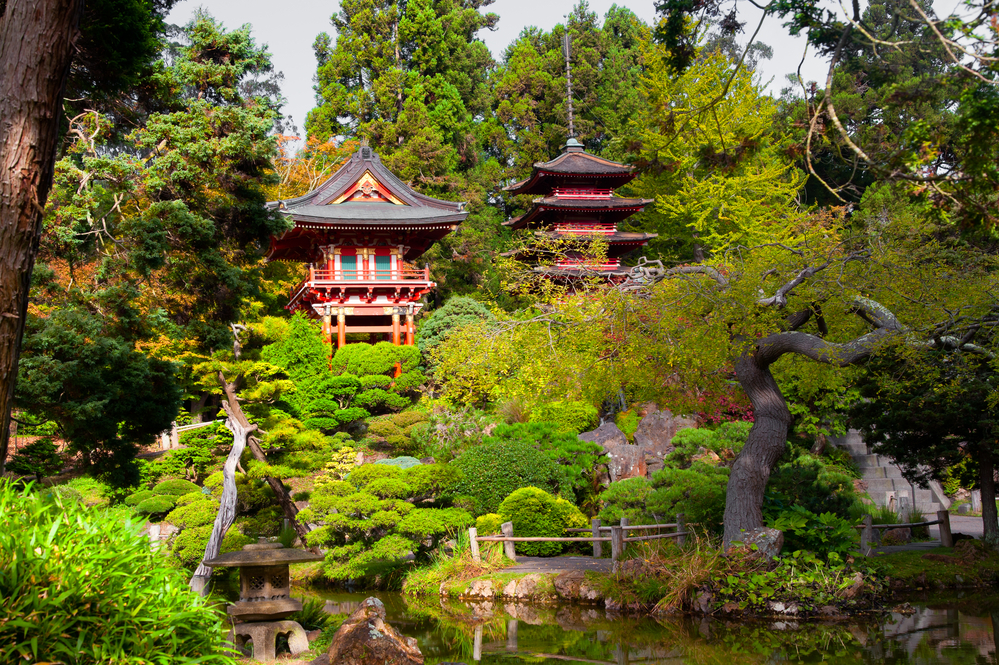 Today the Japanese Tea Garden has many features, each aesthetically pleasing and well-maintained (check out an interactive map here). A lane of cherry trees in a section succinctly named cherry tree lane. During the blossoming season of March and April, visitors are subject to the incomparable beauty of white and pink flowering trees ushering in springtime and the season of rebirth. The garden’s main pond features a calm pool of water that reflects its surroundings, lush trees, and shrubbery, skillfully shaped and maintained. From the pond, visitors to the garden get a spectacular view of the five-story Pagoda, built in 1915, the torii constructed from California Redwood which serves as a gateway to a Shinto shine, and the Temple Gate, an ornate and masterfully crafted structure painted orange. The pond also features a waterfall that falls gently onto small rocks in the shade of a large Japanese maple tree. The expansive park also features a zen garden with a bonsai tree and a vibrant azalea, a lane of Japanese maples, a sunken garden, a sinuous dragon artfully sculpted dragon hedge, and more. The garden features a gift shop and tea house, which serve calming teas and simple Japanese fare accompanied by fortune cookies which the garden’s first purveyor Mr. Hagiwara reportedly introduced to the US from Japan. 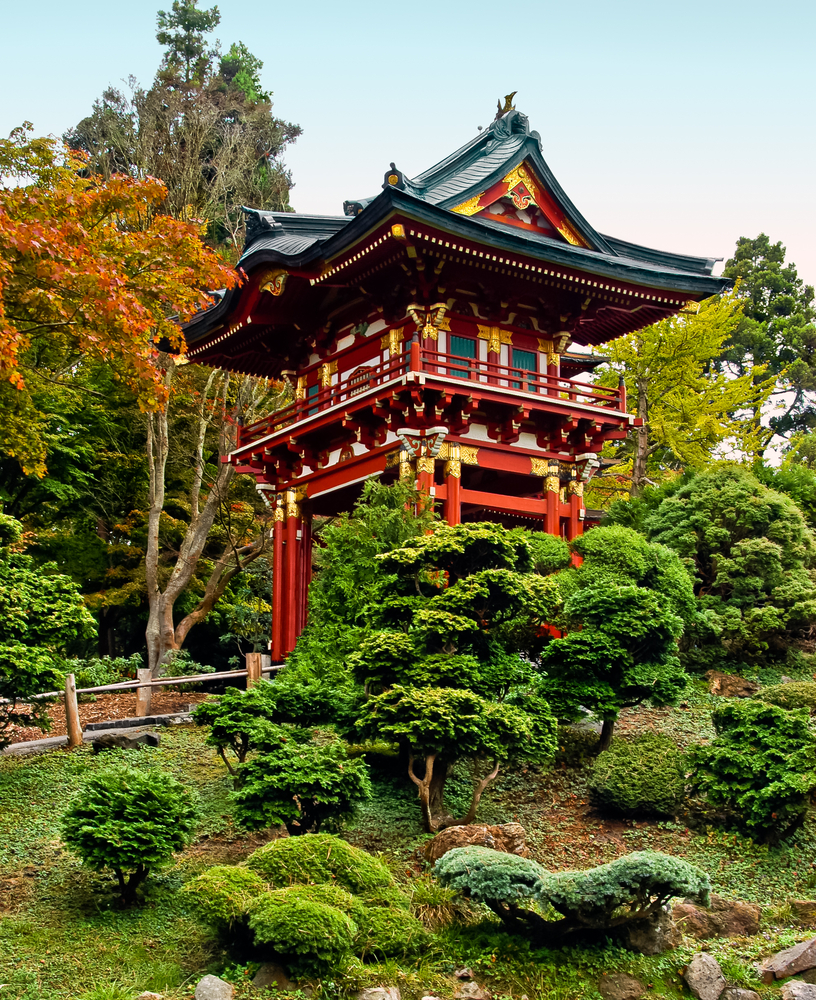